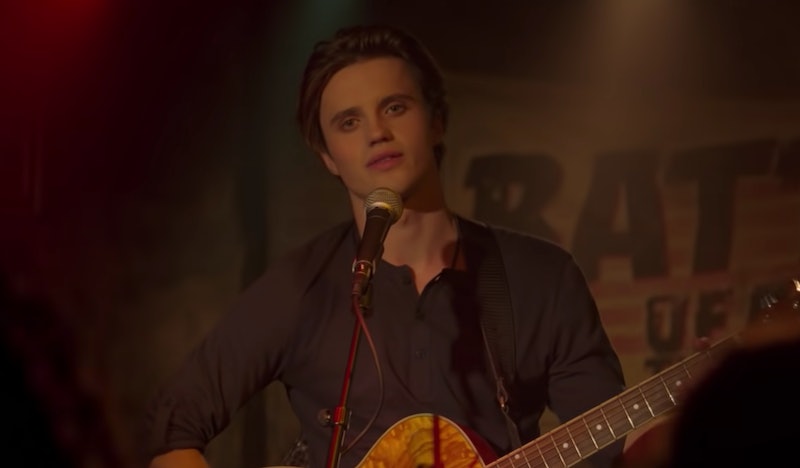 Following up 2018's hit coming-of-age love story Love, Simon is the television spinoff Love, Victor. Much like the film, the series' follows another high schooler who is struggling to sort out his own feelings about his sexuality while trying to negotiate what it means to come out to his friends, family, and classmates. And in the series, Victor (Michael Cimino) finds himself crushing on Benji, his coworker played by George Sear, who you might recognize from some hit genre television shows from the past few years.

Previously, Sear starred in a Disney Channel series called The Evermoor Chronicles, which first premiered in the U.K. then made its way across the pond to the United States and Canada. In it, Sear played Sebastian "Seb" Crossley, step-brother to the series' main character, Tara Crossley. Together, their family moved from America to an English village named Evermoor, which hides a sinister secret somewhere within its idyllic trappings. The show ran for two seasons between 2014 and 2017.

Sear went on to guest star in Netflix's 2015 hit show Into the Badlands, appearing in three episodes as Arthur, an underling who served under The Widow (Emily Beecham), until she killed him. Sear's other appearances include 2016's Will, TNT's fictional drama based on William Shakespeare, and Alex Rider, another British television show about a teenager recruited by Britain's intelligence agency, MI6, to be a spy.

Based on his filmography, Sear's had a career that has taken him from genre to genre. And though his role in Love, Victor may be a bit of a departure from his previous ones, it's one that he found himself very drawn to. "I really got into the character during the auditioning process actually," the actor told HollywoodLife. "One of the ways that I connected to Benji was through his love of music, which is something that I’ve always had myself. I wrote a song in character as Benji from his perspective during the audition. It was a way for me to feel closer to the character."

As for where that song is now? "It’s in the ether somewhere," he explained to HollywoodLife. "I think it’s on my Vimeo. I know that some of the creators probably saw it, but I’m not sure. I’m not sure where it went. Maybe it’ll come back from someday."

More like this
Wait, Is Barney Stinson Related To Sophie On 'HIMYF'?
By Gretchen Smail
Everything To Know About 'Only Murders In The Building' Season 3
By Gretchen Smail and Kadin Burnett
All The ’70s Easter Eggs You Missed In 'That ’90s Show'
By Grace Wehniainen
At 28, Debra Jo Rupp Was Living A Much Different '70s Show
By Grace Wehniainen
Get Even More From Bustle — Sign Up For The Newsletter
From hair trends to relationship advice, our daily newsletter has everything you need to sound like a person who’s on TikTok, even if you aren’t.