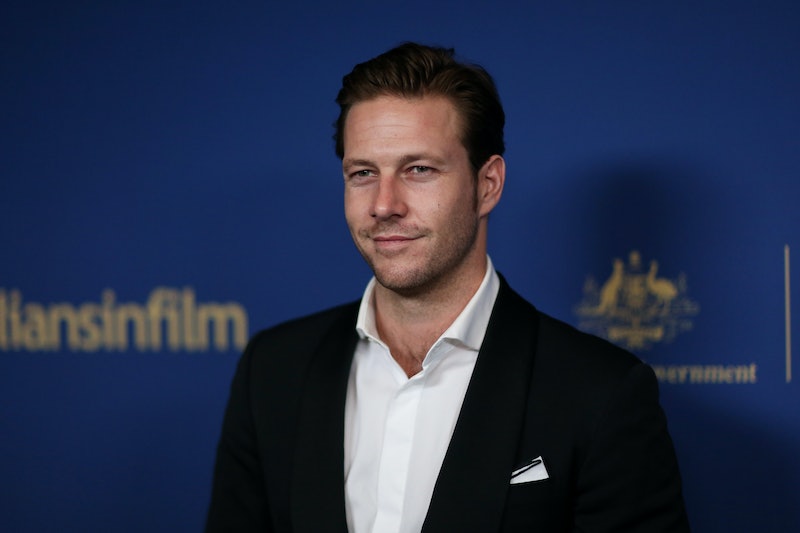 Netflix is upping the ante on holiday movies this year. And to kick things off they released Holidate, which stars Emma Roberts as Sloane, a single gal whose family nags her about her relationship status at every holiday celebration. So she decides to take a tip from her aunt Susan (Kristin Chenoweth) and bag a "holidate," someone to bring around during various holiday festivities as a kind of buffer date. After meeting Jackson (Luke Bracey) after one particularly bad Christmas party, the two agree to be each other's holidates throughout the following year. From New Year's to St. Patrick's Day to Easter to July 4th and back round again to the winter holidays, these two make the perfect team. It's a fun take on a classic genre, but it's Luke Bracey's performance that really makes the film such a success.

While Bracey is new to the Netflix rom-com scene, the native Australian has been acting since about 2009 when he made his TV debut in the Aussie soap Home and Away, according to IMDb. Ever since he's appeared in films like the G.I. Joe sequel Retaliation, the Point Break remake, and WWII movie Hacksaw Ridge. But it wasn't until earlier this year that he broke out of his spate of action-heavy films, co-starring as Reese Witherspoon's high school sweetheart in Hulu's Little Fires Everywhere.

Now Bracey is continuing to take on more romantic roles, like Jackson in Holidate. Bracey loved his time on the film, mostly because he and Roberts and Bracey hit it off right away. "It was like meeting an old friend," Bracey told Insider about working with Roberts. "There was such an ease to it. We really didn't have to work on getting to know each other or chemistry because it honestly felt like we'd been friends for a very long time."

But it wasn't just Roberts that drew him to the project — it's his love of the genre that really sealed the deal. "I just love rom-coms. Who doesn't, right?" Bracey told Australia's Honey Celebrity. "I've had so many great experiences from all the different films, and to try a rom-com for the first time was equal parts exciting and terrifying, which is all I want in a job." Though Bracey says he's trying to change up the usual rom-com guy. "[Jackson's] not your typical rom-com leading man — he is a little bit dorky, which I think is really endearing about him because he's unashamedly so. He's really honest and doesn't try to be anyone else," he continued.

More like this
Sadly, You Can’t Stream 'Elvis' — Yet
By Morgan Leigh Davies
Here’s Everything Coming To & Leaving Netflix In July
By Grace Wehniainen
What’s New On Netflix: The Return Of 'The Umbrella Academy'
By Arya Roshanian
The 'Spiderhead' Movie Ending Is Nothing Like The Short Story It’s Based On
By Morgan Leigh Davies
Get Even More From Bustle — Sign Up For The Newsletter