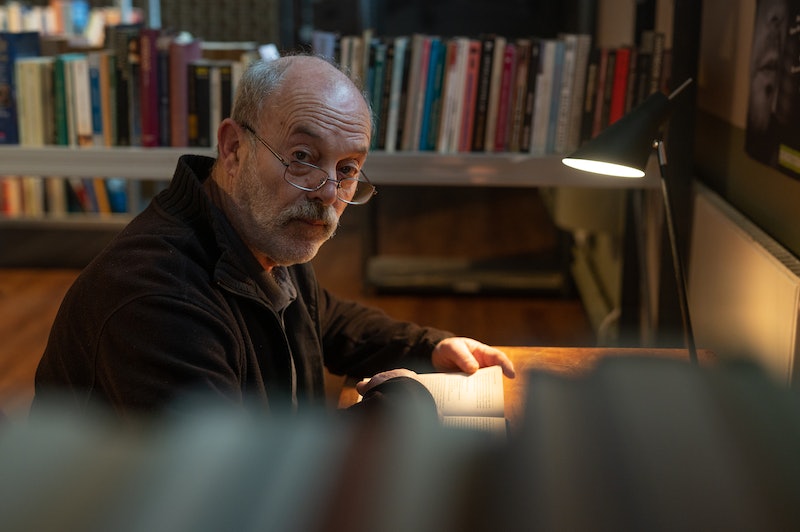 Luke Evans, the Pembrokeshire countryside, and a gripping tale of true crime ⁠— sounds like a combination made in TV heaven, right? Over the last few months ITV has aired the trailer for their latest true crime drama, and the wait to watch it is nearly over. The first episode of The Pembrokeshire Murders will air on Jan. 11. But, who plays suspected murderer John Cooper? Like many other cast members, the actor playing the criminal at the centre of the show was born in Wales, and has a celeb-filled family.

The Pembrokeshire Murders is a three-part series that follows the story of John Cooper, who was arrested in connection to a string of burglaries committed in the 1980s and 1990s. As he nears the end of his sentence, however, Senior Investigating Officer Steve Wilkins (played by Luke Evans) is looking to find him guilty of something much more sinister. Cooper will be played by actor and former comedian Keith Allen.

With a career spanning four decades Allen has appeared in Inspector Morse, Blue Juice, and Carry on Columbus. Between 2006 and 2009 he played the Sheriff of Nottingham in the BBC’s adaptation of Robin Hood. More recently, he took on the role of Victor in My Mad Fat Diary, and in 2018 he played Alan Summers in Marcella.

While Allen has become renowned for his talent on screen, he isn’t the only person in the family who has a claim to fame. He’s the father of singer-songwriter Lily Allen, and his son, Alfie Allen is best known for playing Theon Greyjoy in Game Of Thrones. Talk about a talented bunch.

For his latest role as John Cooper in The Pembrokshire Murders, Allen was able to research the real-life elements of the character and story, while drawing on his skill for playing villains. Speaking to Wales Online, Allen said: “I drove out to where he lived, his house, and walked around the area because I knew about his rat runs, and then I went back to Tenby and just listened to the people there, and it reminded me and got me in the groove."

The ITV series is adapted from a true crime book, written by SIO Steve Wilkins and ITV news journalist Jonathan Hill, which details the pursuit and capture of a murderer for crimes that were committed two decades earlier. It's Cooper who stands accused of murdering siblings Richard and Helen Thomas, who were found dead in the countryside in 1985. The twists in the story will have you on the very edge of your seat to the end.

There's a responsibility that comes with re-telling true crime, and director Marc Evans said striving for authenticity was key in the making of the series. “It’s always tricky to cast a real life criminal. Let’s not forget he’s there, and he did these things for real," Evans told ITV. "Keith Allen was quite brilliant at absorbing the traits of Cooper, and portraying a kind of strange dynamism that the man obviously had.”

You can catch Keith Allen in The Pembrokeshire Murders on ITV at 9 p.m. on Jan. 11.