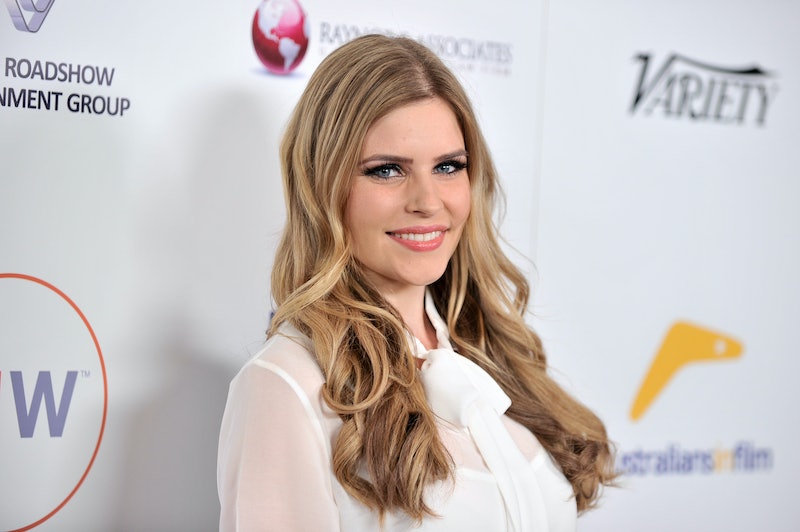 Firefly Lane, Netflix's new original series about a decades-long friendship between two women, stars some seriously familiar faces, including costars Katherine Heigl as Tully and Sarah Chalke as Kate. As you watch the show, the Kimber Watts character might also catch your attention. Per Deadline, Kimber is "a young, preoccupied socialite attempting to make a name for herself" who happens to be Kate's boss and editor at Seattle Monthly Magazine. To spare you any further googling about the woman who plays Kimber, know that Jenna Rosenow might look familiar because she's starred on some massively popular shows throughout her career.

For starters, Rosenow's an Australian soap star. She recently ended her three-year tenure on hit show Neighbours and is in good company on Firefly Lane, which features her fellow Neighbours alum Ben Lawson as Ryan. (Other well-known actors who got their start on Neighbours include Margot Robbie and the Hemsworth brothers.)

As prominent as the show is down under, Rosenow might be more familiar to American viewers for small roles on DC's Legends of Tomorrow or BH90210. Firefly Lane marks her first recurring role on U.S. TV. Before she arrived in Hollywood, Rosenow told Australia's The Weekly Review in 2015 that she was "very excited to start my own journey."

As for Rosenow's life away from the cameras, she just got engaged to her former Neighbours costar Chris Milligan, who shared an Instagram photo of the couple — and a ring on Rosenow's finger — on Jan. 19.

After Firefly Lane, Rosenow will take on the role of Amber in Peacock's upcoming mystery series One of Us Is Lying, based on the bestselling novel by Karen McManus. Details are scarce as the show is still in pre-production, but it looks like Rosenow is setting herself up for a solid career stateside.

Beginning Feb. 3, Firefly Lane will be available stream on Netflix.