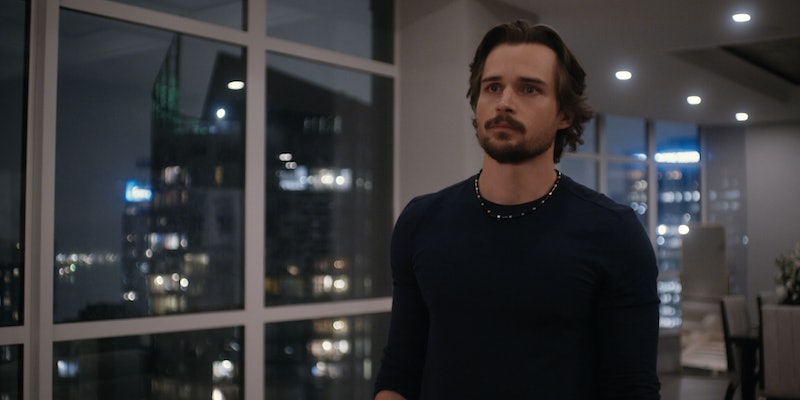 Jon-Michael Ecker is used to playing the bad guy: a drug dealer on Queen of the South, a smuggler on Narcos. But on Netflix's new drama Firefly Lane, he's finally playing the good guy: Max Brody, a kind EMT who's sure to be your new crush.

Off-screen, Ecker seems similar to Max: a humble, down-to-earth guy. His Instagram is filled with photos of him on boats, camping, and just generally spending time outdoors. In what appears to be one of his only posts about Firefly Lane, he's reading the book it's based on in a hammock. "One more week to read Firefly Lane before it comes out on Netflix. There's a guy who looks a lot like me in it," he captioned it.

That's as close to self-promo as Ecker ever gets, but that might be because he's relatively new to acting. Though his father was famous telenovela star Guy Ecker, he told E! News that he didn't initially consider following in his footsteps. Instead, he got a degree in aquatic biology and worked as a research diver for five years.

He later "ended up in an acting school on a whim," but didn't think he would get very far in the business. He got his start on Spanish-language shows in 2010 (including a Mexican version of Gossip Girl) before eventually breaking into the American market. In addition to Narcos and Queen of the South, he's appeared on Criminal Minds, Chicago Fire, and more.