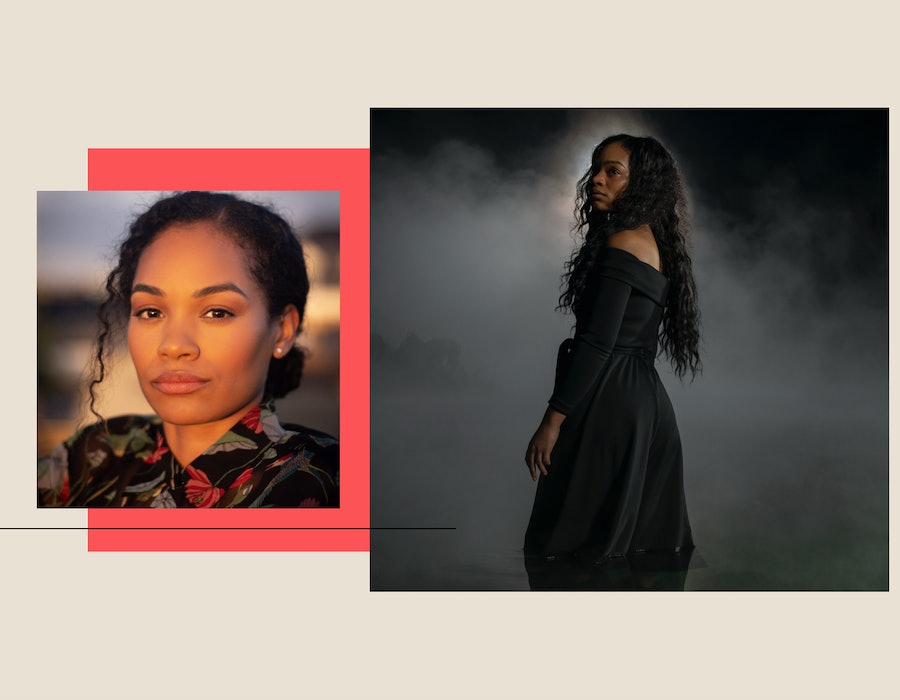 Spoilers ahead for the Haunting of Bly Manor. At the outset of The Haunting of Bly Manor, we're told the Wingraves' previous governess, Miss Rebecca Jessel, died by suicide. The real story is even darker: after being killed by the Lady of the Lake, Rebecca's manipulative boyfriend Peter drowns her so they can be together. It's a massive and heartbreaking betrayal, but one that ultimately exemplifies how "love and possession do, unfortunately, sometimes go hand in hand," says Tahirah Sharif, who plays Rebecca.

Introduced in flashbacks, Rebecca is a highly intelligent woman who dreams of becoming a distinguished lawyer. But it's the 1980s, and quality mentorships are hard to come by for women. So she gets creative, becoming the governess of the two Wingrave children in the hopes of currying favor with their lawyer uncle, Henry (Henry Thomas). "Rebecca is looking for validation," Sharif explains. "She doesn't just want to be a pretty face; she wants people to take her seriously, and more specifically, [for] men to take her seriously."

It’s these qualities that drew Sharif to the role. A London actor known for her turns in the British TV series Waterloo Road and the Christmas Prince film franchise, Sharif was used to playing characters who were “kind of moody, had a bit of an attitude, or were a bit mischievous." Rebecca, a “gentle and sympathetic” woman who's "intelligent, determined, and [full of] of willpower" offered Sharif something different.

With Peter, Rebecca believes she's found her equal. They fall in love, but soon his darker side reveals itself. He flies into a fury when Rebecca talks to Owen, Bly manor's chef, and his grip on her wrist begins to grow too tight. “The tragedy of their relationship is that they both clearly saw something within each other that they needed,” Sharif explains. “Rebecca 100% believes that she loves this man, and this man loves her, and they're going to start a new life together." Eventually though, “It turns into something more toxic and more controlling.”

Soon Rebecca is a ghost wandering the grounds, lamenting that she didn’t see Peter for who he was sooner. "The moment she realizes what happened, and the way in which she died, and what [Peter had] done, is the moment she breaks away," Sharif says. "Because she's absolutely horrified by the fact that someone who says that they love her could do something like this."

To Sharif, Rebecca's final moments in the series are an act of strength and grace. Peter wants her to take over Flora's body so she can leave Bly with him, as Miles. But Rebecca only pretends to go along with the plan. She tells Dani to escape with Flora, understanding that she’ll be trapped at Bly forever. Even when Flora is grabbed by the Lady of the Lake, Rebecca promises to “tuck her away one last time” and experience the death for her. "Rebecca is a good person with a good heart, and she would never want to cause harm to the children or anyone,” Sharif says.

Though Rebecca’s story is ultimately a tragic one, she’s able to assert what little agency she has in the end. It’s this kind of courage that Sharif hopes to find in her future roles. She currently has her hopes pinned on breaking into the action genre and playing a woman who’s “a complete badass” yet also “a strong, multifaceted character," she says. "I love seeing women in those roles where they're in a strong position both mentally and physically alongside the men, not just supporting them.”

More like this
'Ghost In The Shell: SAC_2045' Was Only Supposed To Last Two Seasons
By Kadin Burnett
What’s New On Netflix: 'Stranger Things' & 'Somebody Feed Phil' Return
By Arya Roshanian
'Heartstopper's Kit Connor Revealed His Hopes For Season 2
By Nola Ojomu and Sam Ramsden
'Who Killed Sara?' Won’t Return For Season 4
By Brad Witter
Get Even More From Bustle — Sign Up For The Newsletter