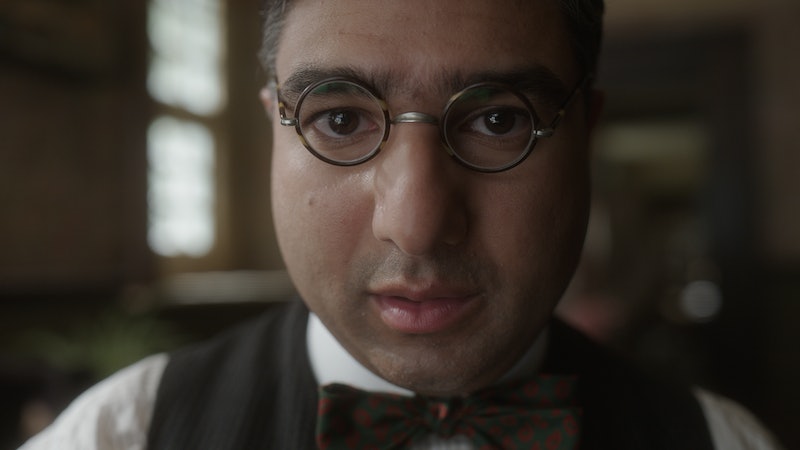 The story of a young Roald Dahl's magical journey to meet his childhood hero is the centre of Sky's forthcoming Christmas comedy-drama, Tail of the Curious Mouse. The festive flick is inspired by true events and boasts an impressive cast featuring the likes of Dawn French and Rob Brydon. But, who plays Mr Entwistle in The Tail of the Curious Mouse?

Per the Radio Times, the character of Mr Entwistle is portrayed by comedian Nick Mohammed, who currently appears alongside Friends star David Schwimmer in the Sky One comedy Intelligence. Some of Mohammed's previous credits include State Lets Flats, Drifters, Uncle, Christopher Robin and Ted Lasso.

As noted on the comedian's portfolio, Mohammed has also enjoyed successful stints on BBC Radio 4 shows including Nick Mohammed in Bits and Quarters, and, much like the central characters of The Tail of the Curious Mouse, has released his very own children's novel The Young Magicians and The Theives' Alamanac, with future releases in the pipeline.

Per the Independent, the heartwarming 90-minute film is based on the true story of a young Roald Dahl who sets out on an adventure to meet his favourite author, Beatrix Potter. The film also details how his encounter with the famed writer inspired Dahl to create children's books of his own, and speaking to BT about Sky's latest offering, Tail Of The Curious Mouse's Executive Producer, Elaine Cameron, teased viewers can expect "quite a treat."

"I think the story presents a hugely uplifting message about personal bravery and how important it is to equip young children with emotional resilience and understanding," said Cameron. "I think it feels like quite a treat because it ties in with the fantasy elements: the animation, and the various characters that Roald meets on his journey that are a subtle nod to some of the creations he then goes on to write."

Roald & Beatrix: The Tail of the Curious Mouse airs on Christmas Eve at 8.15 p.m. on Sky One.