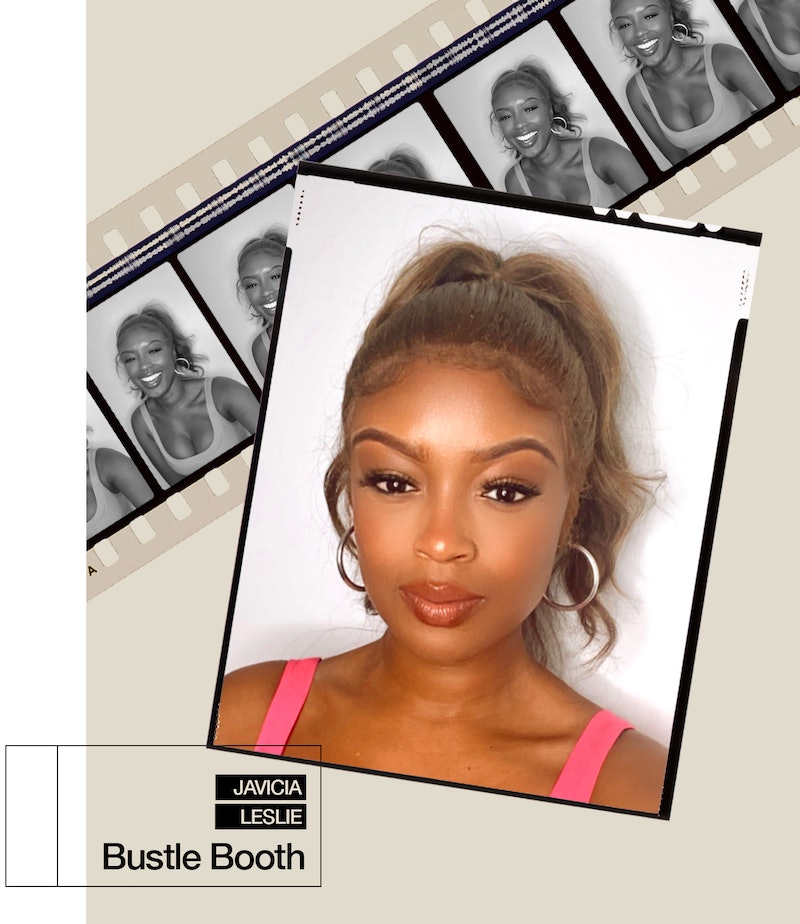 Come Jan. 17, the CW will introduce a new Batwoman: Javicia Leslie, who stepped in to fill the role after Ruby Rose announced her exit from the show in 2020. “I'm really into action, and I do martial arts already,” Leslie tells Bustle of taking on the part. “To be able to do all the things that I love on a show is literally a dream job for me.”

Born in Germany to a U.S. military family, Leslie worked for the government (helping the families of deceased "stop-loss" soldiers receive payment for their service) before pivoting to acting and landing roles on The Family Business and God Friended Me. She immediately felt a kinship with her Batwoman character Ryan Wilder, who's new to the DC Comics universe and finds Batwoman's suit by chance.

“[Ryan and I] are very similar in a certain way," the 33-year-old actor says. Though Ryan is "goofy and flawed," she also grew up in a world that "isn't used to having a superhero represented by [someone like] her.” In contrast to Rose’s Kate Kane, who benefited from being the cousin of millionaire Bruce Wayne/Batman, Ryan is a down-on-her-luck ex-con who's living in a van when she's introduced at the start of Season 2. Donning the cape doesn’t come easily to her — which for Leslie is kind of the point.

"What I love the most about Ryan is that Ryan can be any of us,” the actor says. “Watching her on her journey shows us that anyone can be a hero, especially if you're willing to put your pride aside and fight for the greater good.” And it doesn't hurt that she's a strong, fearless character who "saves guys constantly."

Playing Ryan is particularly significant for Leslie, who is not only the first Black and queer Batwoman, but the first Black woman to headline her own major superhero project since Halle Berry in 2004's Catwoman. It's an honor, and one that Leslie takes seriously. “Little girls should see superheroes that look like them,” she says. "[But] the thing about being an actor is that you can be an amazing actor on-screen, [and] you have to be a good person in real life [too]." When you're in the public eye, "You're going to be a role model whether you choose to be or not.”

Saving Gotham isn't the only thing Leslie has her sights set on. She’s interested in starring in a biopic, maybe for a formative artist like Lauryn Hill. She's also made a foray into directing, recently working on a short film called Black Excellence, which was written by her friend Darryl Wesley and is set to premiere Feb. 14. She wants to continue to push for queer representation — "I want to see more trans superheroes!" — and use her Muay Thai experience to help dismantle the white and male-dominated action and adventure genre. "That is 100% the world I want to play in," she says. "That's a huge part of my journey."

Get to know more about Leslie — including the competition show she wants to host — in her Bustle Booth questionnaire below.

“Help is on the wayyy” from Mrs. Doubtfire or “Your gun is digging into my hip” from Ace Ventura.

I don’t have idols. But I LOVE Angela Bassett!

“Zombie” by The Cranberries.

That I’m genuine and I walk in my truth.