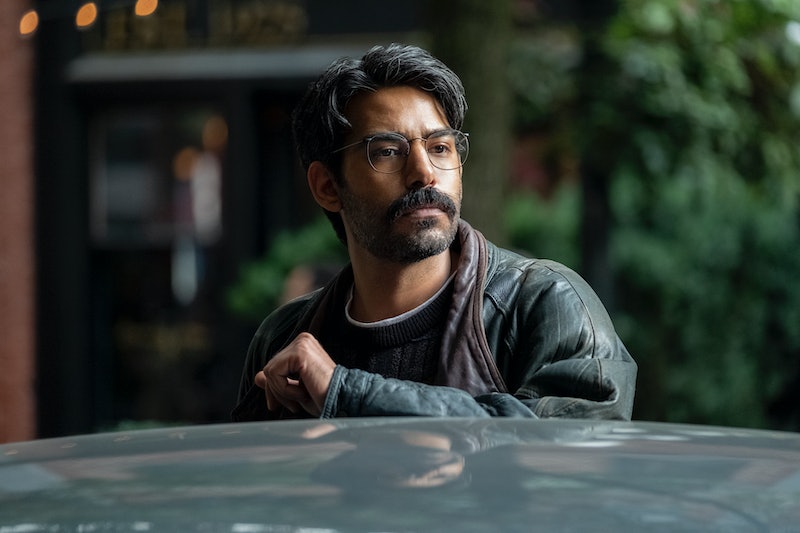 Haunting of Hill House's much-anticipated follow-up, The Haunting of Bly Manor, finally hits Netflix on Friday, bringing with it a new story as well as a few familiar faces. Victoria Pedretti (Nell Crain), Oliver Jackson-Cohen (Luke Crain), and Henry Thomas (a young Hugh Crain) are among the returning cast members in new roles. But it's the new additions to the show who may generate the most buzz, starting with Rahul Kohli, who plays the manor's mustachioed chef Owen.

Kohli, a London native, is best known for his work on the CW horror-dramedy iZombie. He starred as Ravi Chakrabarti, a medical examiner and a close friend of the crime-solving zombie protagonist Liv Moore (Rose McIver). You may also recognize Kohli from his role in the 2018 Netflix rom-com Happy Anniversary, his voice work as Scarecrow in the DC Comics animated series Harley Quinn, or his many guest appearances on the Rooster Teeth YouTube channel Funhaus.

One show Kohli notably didn't star in? Netflix's Away. On Oct. 6, Kohli tweeted that fans had mistakenly confused him with the space drama's actual star, Ray Panthaki. "People have been congratulating me on my fantastic performance in @netflix’s Away," he wrote. "I figured I’d pass the message on to who they actually thought they were talking to. Great job @RayPanthaki!"

Up next for Kohli is another horror series, Midnight Mass, which will reunite him with Bly Manor creator Mike Flanagan and co-stars Thomas and Kate Siegel. The show is expected to debut next year, but there's still one big unanswered question about the cast: will Kohli's mustache be in it?