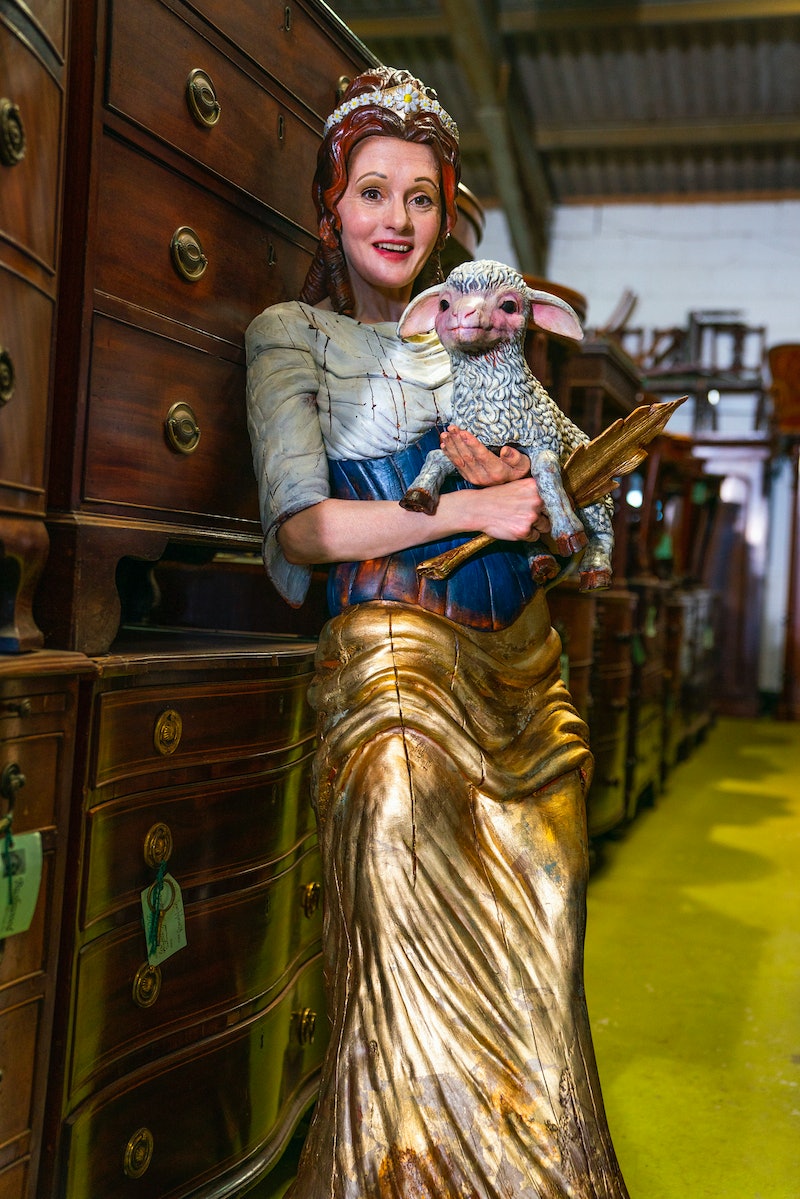 Brought back to the screen by Mackenzie Cook last Christmas, this year Worzel Gummidge will see the return of one of the series' most memorable characters, an abandoned ship figurehead called Saucy Nancy. Originally played by the late Barbara Windsor, Nancy accompanied Worzel and friends on all sorts of adventures. But who plays Saucy Nancy in the Worzel Gummidge 2020 Christmas special?

Filling Windsor’s legendary shoes is one of Scotland’s most recognisable actors, Shirley Henderson. She’s starred in a dozen British classics, including Danny Boyle’s seminal film Trainspotting and it’s sequel T2 Trainspotting, Bridget Jones’s Diary, 24 Hour Party People, Ojka, and an episode of Doctor Who. But for Harry Potter fans, she’ll forever be Moaning Myrtle. First appearing in the Chamber of Secrets, Henderson’s portrayal of the 14-year-old ghost is one of the series most memorable characters and one she is most often recognised for.

Raised in Fife with her two sisters, Henderson began to pursue acting after performing at local drama clubs. She went on to study at the Guildhall School of Music and Drama when she was 17, and while she found it tough, she was confident enough to soldier through it. “I was quite brave as a kid, too, and maybe that helped,” Henderson told the Guardian. “I wasn’t frightened of people, but I didn’t have a clue about the outside world.”

“I had my own strengths,” she added. “I just knew I wanted to learn, and I would.”

This drive has led itself to Henderson’s ability to perfect character acting, case in point her role as Saucy Nancy — especially since she’s portraying the unconventional role of an abandoned ship figurehead with a penchant for swearing. “She speaks in her own way: she’s very expressive. I suppose it’s shocking language to Worzel, he thinks she’s being absolutely awful and swearing but at the same time he enjoys it,” Henderson told the BBC. “She’s got a reputation for it. It’s just how she is. Worzel’s worried the children will be shocked by I think it goes over their heads. It’s very funny.”

And in terms of being a fitting tribute to Nancy’s original performer Barbara Windsor, show writer and star Mackenzie Cook reckons it certainly is. “Absolutely, yes,” he recently told the Sun. “She played the original version and a lot of people will remember that fondly. It’s so sad that she died just weeks before our new one went out.”