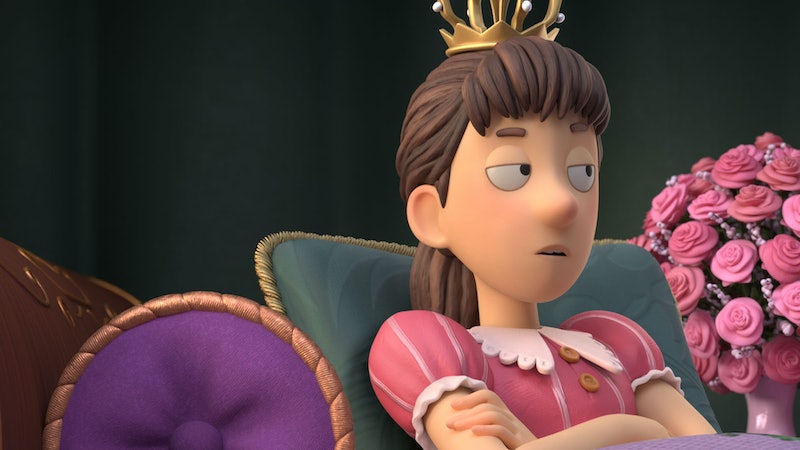 Zog & The Flying Doctors — the sequel to BBC One's hit animation Zog — will air this Christmas Day. It sees the return of Princess Pearl, Zog the Dragon, Sir Gadabout, and their mission to heal mystical creatures from across the land. The animation boasts an all-star cast, including Sir Lenny Henry who narrates the TV short for the second time. Based on the children's books by Julia Donaldson and Axel Scheffler, Zog & The Flying Doctors the young princess is locked up by her uncle, the king. But who voices Princess Pearl?

Patsy Ferran lends her voice to Pearl, who prefers being a doctor to a princess, however, the King (voiced by Gavin and Stacey's Rob Brydon) has other ideas. The West End actor played Alma Winemiller in Tennessee Williams’ play Summer and Smoke (2018), for which she won an Olivier Award. Ferran, who studied at the prestigious RADA drama school, also had roles in Darkest Hour (2017) and more recently, as Sister Blanche in BBC One's dark nun series Black Narcissus.

In the sequel, the flying doctor trio care for an array of creatures including a mermaid, a unicorn, and a sneezy lion offering vaccinations (very apt in 2020, no?). Per the BBC synopsis, bad weather forces them to land at the palace and Pearl is locked up by her uncle, the King, who's not so convinced by Pearl's healing skills. However, when Pearl gets a chance to escape, she instead decides to stay and care for the ill King, in the process earning his respect, regaining his love, and with it her freedom.

Produced by multi Oscar-nominated production company Magic Light Pictures, Zog & The Flying Doctors looks to be a wonderful festive treat for all the family.

Zog And The Flying Doctors airs on BBC One, Christmas Day at 2:35 p.m.