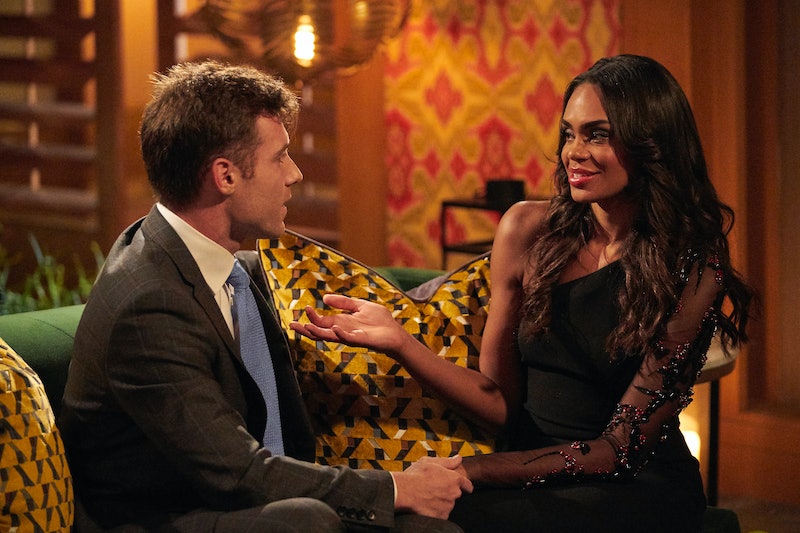 Chris S.’ time on The Bachelorette went from bad to worse during the Nov. 16 episode. After not-so-subtly calling out Nayte at the cocktail party the previous week, it was clear that Chris’ attempt to torpedo the rest of the contestants hadn’t worked. Yet for whatever reason, he still felt like he was owed more time with Michelle — something he spent most of the episode whining about.

To almost everyone watching, it’s been obvious that Michelle just really isn’t into Chris (let’s not forget her avoiding him going in for the kiss twice). However, he lacked the self-awareness to notice. While he moped through the viking-themed group date, the other contestants — and viewers at home — reveled in watching him flounder. “This date is gonna ruin whatever leftover self esteem Chris S has!” tweeted one fan enthusiastically. “The Vikings are bringing more personality than Chris S,” joked another.

Chris also spent a lot of time bemoaning the fact that Michelle hadn’t rewarded him for warning her about people not being there for the right reasons.

Audiences were equally perturbed with Chris’ actions throughout the episode.

The nail in the coffin came at the end of the episode, when Chris S. decided it would be a good idea to crash Michelle’s one-on-one date with Nayte just so he could vent his feelings.

After he expressed that he felt “played” by Michelle and like she was acting “fake,” she let Chris know that his efforts to publicly warn her about the other men in the house weren’t necessarily appreciated and ultimately sent him home.

More like this
Kaitlyn Bristowe Said Chris Harrison Ignored Her After Her 'Bachelorette' Hosting Gig
By Grace Wehniainen
This 'Bachelor' Contestant Got Back With Her Bachelor Nation Boyfriend After Going Home
By Grace Wehniainen
Twitter Can’t Get Over Stormzy’s Surprise Cameo On Winter 'Love Island'
By Sophie McEvoy
'Bachelor' Fans Think Rachel & Clayton Are Dating After This TikTok
By Grace Wehniainen
Get Even More From Bustle — Sign Up For The Newsletter
From hair trends to relationship advice, our daily newsletter has everything you need to sound like a person who’s on TikTok, even if you aren’t.