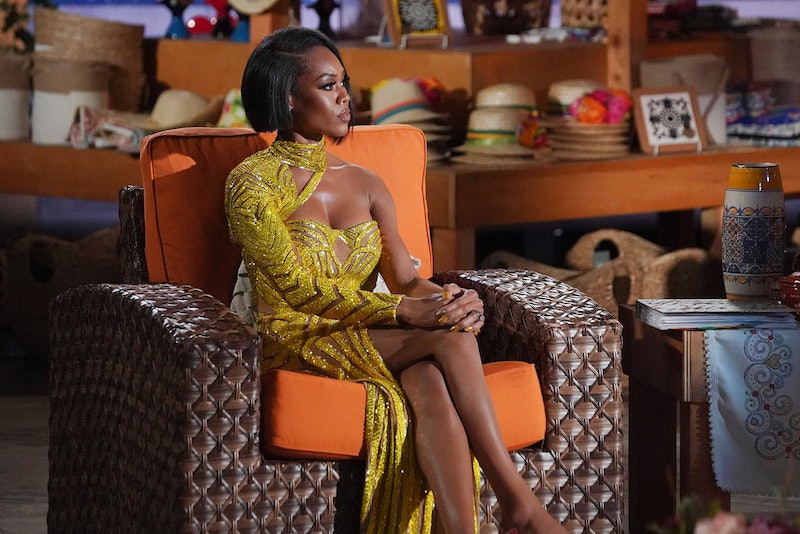 Monique Samuels came to Real Housewives of Potomac’s Season 5 reunion armed with a binder or receipts, but it wasn’t enough to keep her on the show. Just after the episode aired in December 2020, she announced on Instagram Live that she was leaving the Bravo series after three seasons. She described the reunion as “very draining” and explained to fans that being on reality TV is “not easy” and she was “over it.” The final straw? Her family being dragged into cast drama.

“I love y’all, I thank y’all. But when you cross certain lines, there’s no going back,” Monique said. “For me, my family is that line. The opinion of my family and my kids and what they think about anything that I do is more valuable to me than anybody’s opinion, so I’m over it.”

“I wanted to represent real Black love and show people something outside what the stereotype has been on TV,” Monique added. “Unfortunately, this season I played right into that stereotype… I was working overtime to really check myself because that’s the exact opposite of what I want to display on a TV show, and in real life, most importantly. I’m always going to be a great example and role model for my kids, and you have to know when enough is enough. And enough is enough.”

Later, Monique accused her RHOP costars of plotting against her family to spread rumors about her husband’s alleged infidelity. “I’m a woman of my word. I’ve always said that if the show ever interfered with my family or my marriage that I would definitely get to packing,” she told Insider in late January.

Season 5 also featured a physical altercation between Monique and her costar Candiace Dillard Bassett, which led to both women filing later-dropped second-degree assault charges. Although Monique apologized to Candiace during the reunion, host and executive producer Andy Cohen questioned her sincerity, calling her comments “matter of fact and dry.” Both Twitter and Monique felt that he didn’t abide by his “responsibility to treat everyone equally” during the taping.

“I was definitely held to a different standard,” she told Insider of Cohen. “At some points, I was being looked to show the emotion that they wanted me to show versus what I was giving to them, which was true for me. . . . If you're going to hold one person accountable, everyone [else] needs to be held accountable as well.”

Sharing that she felt like a “whole load was lifted” off of her after deciding to leave the franchise, Monique said fans shouldn’t expect to see her on RHOP again, though a return to TV isn’t out of the question. “If I ever returned to reality TV, I would definitely need to be on the executive producing staff and it would have to be a different type of show,” she said. “I would want to be a part of something that focuses on a beautiful Black family and how we are just like everybody else. We get along. We argue, we have fun. We have ups and downs, just like everybody else.”