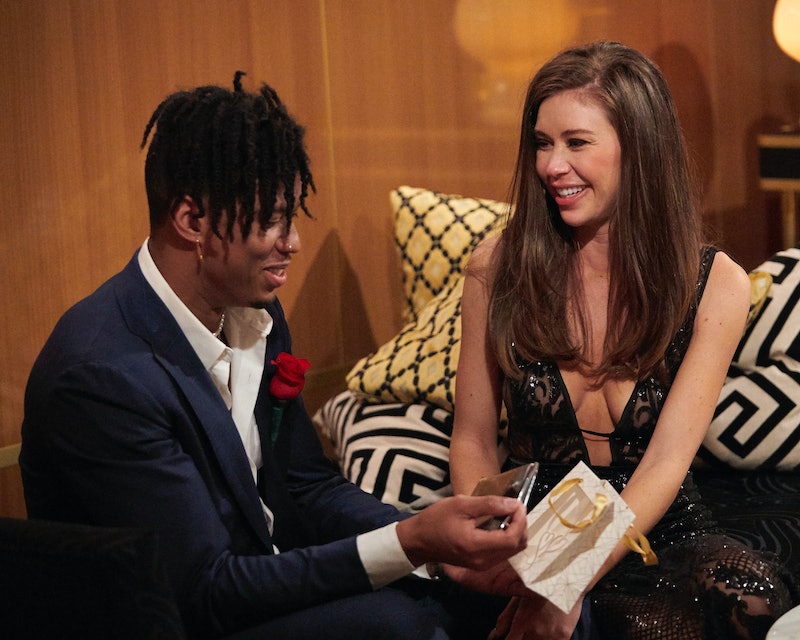 With hometowns looming just one week away on The Bachelorette, the thought of meeting the contestants’ families was weighing on the minds of both Gabby and Rachel. During hometown dates, the Bachelorette meets the parents, siblings, or even close friends of their suitors, but every once in a while, they also meet a contestant’s child. That’s what would have been in store for Gabby had she elected Nate Mitchell to her final four. However, Gabby realized that motherhood — or being a potential stepmom, in her case — was the kind of commitment she was not quite ready for at this point in her life.

Gabby and Nate began the episode in what appeared to be good standing, especially after Nate received one of the more coveted one-on-one dates of the season — the one right before hometowns. “I really feel good about the connection that me and Gabby have,” Nate said. Having gone through the process herself, Gabby also remarked on the magnitude of their date. “I would never want to put someone through me meeting their family if I didn’t see a future with them.”

Before Nate arrived for their walk around Amsterdam, Gabby went on about how strong she felt about their connection while also explaining her apprehensions about their future. “I know he’s an amazing dad,” she said, adding she needs to be “100% ready” to jump into a relationship where she would become a stepmother. “Nate does have a daughter, so I have to think about both of them when making decisions,” she said. “I take the potential of being a mom so seriously, because of my past.”

Shortly after Nate arrived for their date, Gabby was going to tell him about her apprehensions. “I have more healing and growing to do before I can become a mom,” she confessed to the cameras. “My life isn’t in a place where I can commit and take on that responsibility.” She went on to question whether she should’ve let Nate go earlier, before actually getting ready to eliminate him in person. The two sat on a bench, and Gabby immediately began to tear up. “I have such deep feelings for you,” she said. Nate nodded, seeming to realize where this conversation was heading. “Don’t cry, it’s okay,” he replied.

She went on to say the usual clichés, saying it wasn’t him but all her. She said Nate isn’t the reason for their breakup; it was that she isn’t prepared to take the next steps with him. She also mentioned she wasn’t only afraid of being a mom but not being a good mom. Nate did his best to comfort her, saying that he was going to miss her “a whole lot” and that his time with her was one of the “best experiences ever.” They continued to hug as Gabby tried to explain how much she cared about him.

“I feel incredibly lucky to know him,” she told the cameras. “I want to be able to go into motherhood and be 100%.” Despite her resolve to send Nate home, Gabby continued to wonder if maybe she’d made the wrong call, adding that Nate’s compassion and composure during the breakup made his departure even tougher. Nate actually described his elimination as a “bit of heartbreak and bit of confusion,” and he found it “hard to accept that it’s over.” Before the final date came to a close, Gabby once again confessed that “it just hurts.” Finding love is never easy, but as Gabby learned in Amsterdam, it can be painful, too.