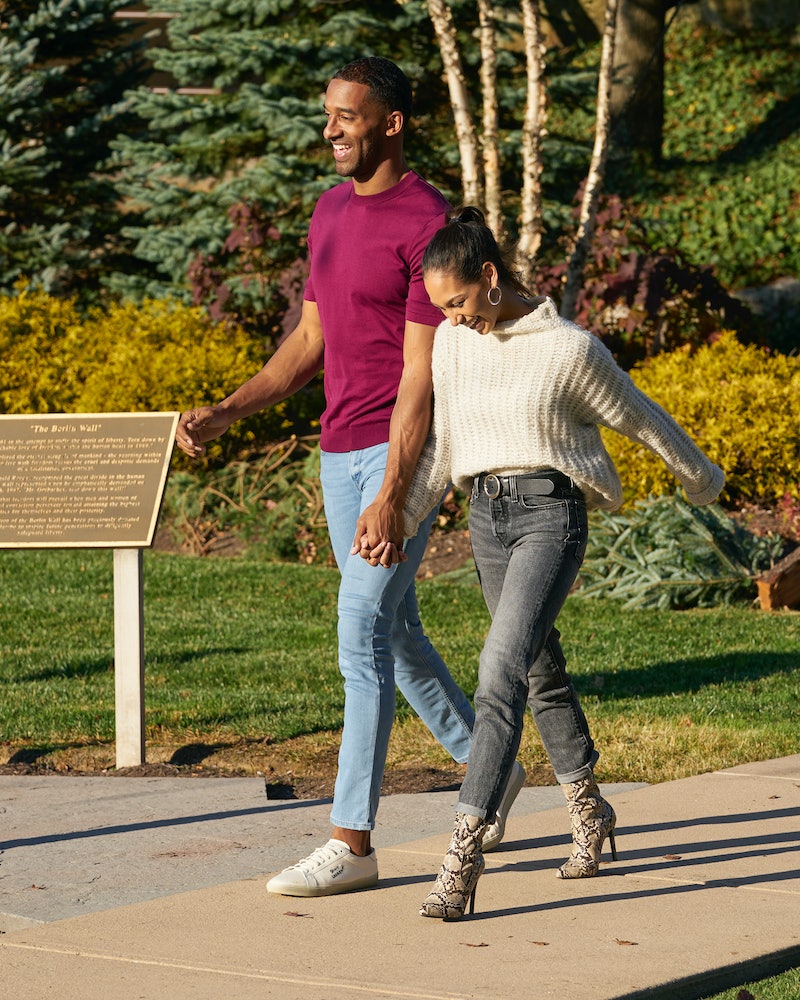 Although Serena P. has spent the most time with Matt James of all the Bachelor contestants, her hometown date revealed some internal doubts about their relationship. And after talking with her family, who admitted that Serena didn't seem smitten with Matt, she came to the conclusion that the Bachelor isn't her "person." In turn, she decided to go home, and it was an emotional goodbye that Matt later called a huge "shock."

"I think it's important that we do have an honest conversation at this point," Serena told him. "Things were so great with us ... but I think you also know that I've had moments where I've struggled." (Remember their awkward tantric yoga date?) She continued, saying that she had difficulty talking about her feelings for him. "I thought it was fear initially," she said. It wasn't until later that she realized she simply couldn't imagine herself as his wife.

At that point, Matt knew what was coming. "You don't have to say or do anymore," he said. Riffing on how the lead typically asks to walk out the contestant, Matt added, "Do you wanna walk me downstairs?" But just because the breakup was Serena's decision doesn't mean it was easy for her to leave — she tearfully stepped into her ride, reflecting on the whirlwind romance she was leaving behind. "It all just happened so fast," she said. Matt was disappointed, to say the least.

"That's not how I saw our journey ending," he told the cameras. "That was tough." He went on to reveal the news of Serena's departure to the final three — Bri, Rachael, and Michelle — urging them to understand that a rose, to him, means the potential for engagement. As far as his relationship with Serena goes, he only wishes she would've expressed her feelings sooner.