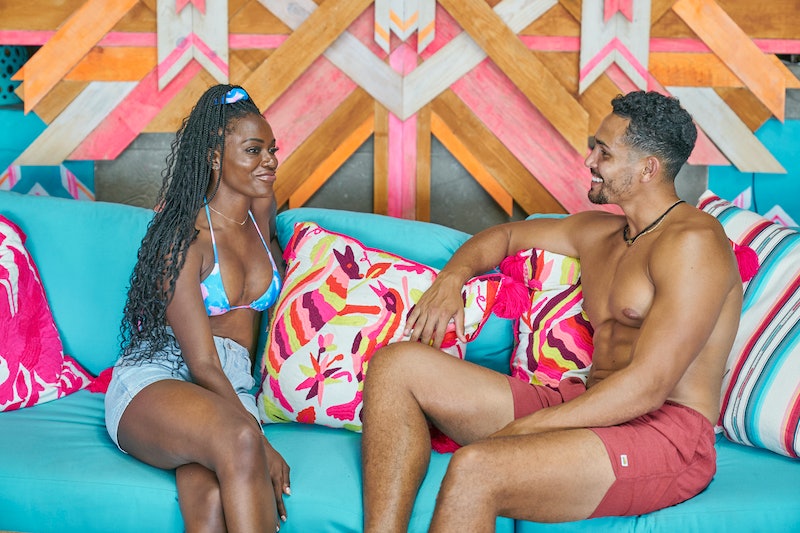 Bachelor in Paradise Season 7 ended in disappointment for a fan favorite. In the Aug. 31 episode, Tahzjuan Hawkins decided to leave the beach after Tre Cooper cut off their budding relationship. The breakup seemed to come out of nowhere, with Tre taking Tahzjuan aside for a private conversation. He proceeded to tell her that he didn’t feel like they could progress romantically before deciding to leave the show himself. Uninterested in exploring a connection with any of the remaining men, Tahzjuan followed him out the door. Now we’ll never know what would happen if Tahzjuan, Tre, and Tre’s uncle ever convened in the same room.

Despite her departure, Tahzjuan remains one of the highlights of this season of Paradise, and her comedic one-liners will be sorely missed. Some fans even went as far as saying that she carried the show, and that they may even lose interest in continuing to watch now that she’s no longer there. Others pleaded with producers to find a way to continue incorporating her into future seasons like they have with bartender Wells Adams. “Petition to keep Tahzjuan on every season of bachelor in paradise to just react to the environment,” tweeted one viewer.

In fact, some suggested she replace Wells entirely. “Tahzjuan for bartender next year. Except she doesn't make [drinks] and just relaxes with men fanning her,” wrote another fan.

Some even floated the idea of making Tahzj the next Bachelorette.

Her departure, however sad, is understandable given her sudden breakdown at the end of the Aug. 30 episode.

And it seemed like viewers were more upset by Tahzjuan leaving than any of her actual cast mates.

Nevertheless, the consistently sweaty Tahzjuan can finally free from the unforgiving heat that permeates the beaches of Mexico.