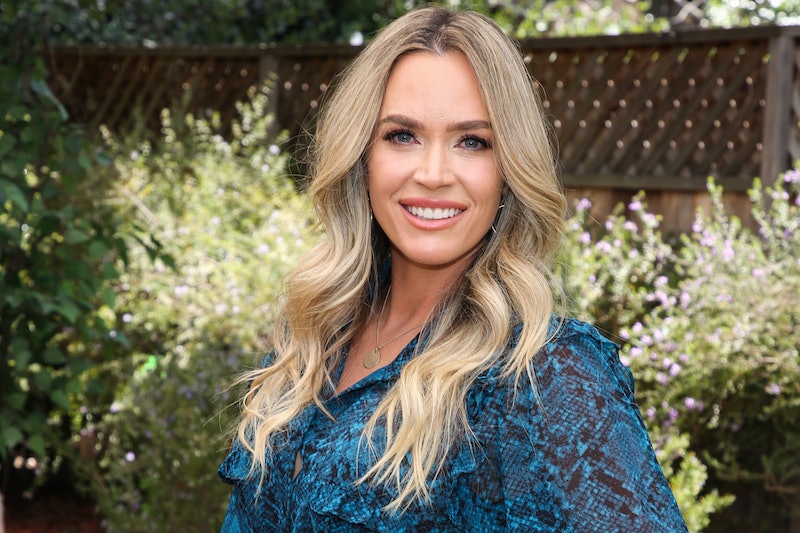 Teddi Mellencamp has made it no secret why she left The Real Housewives of Beverly Hills. As the accountability coach explained in a Sept. 22 Instagram video, the decision was Bravo’s, not hers. “I recently found out my contract as a Housewife is not being renewed,” she said. “I could give you the standard response of, ‘Oh, we both came to the decision that it would be best...’ Nah. I’m not gonna do that, that’s not who I am. Of course when I got the news, I was sad. It feels like a breakup almost.”

Adding insult to injury, Teddi revealed on an October episode of her Teddi Tea Pod podcast that she learned the news through friends and the press rather than Bravo directly. She recalled getting texts from her “non-television show girlfriends,” who told her it was “all over the DailyMail” that she’s no longer a Housewife. “I sent the message to my manager, agent, publicist, and was like, ‘Hey guys, what's up?’” she added. “And maybe three hours later I got the phone call and they’re like, ‘Hey... so your contract’s not getting renewed as a Housewife.’”

Despite being “blindsided” by the decision, Teddi said that it became less of a shock after she had time to process. “I think for the last couple of months, I was preparing myself... I filmed so many amazing things that were never shown on the show... it should have been the writing on the wall,” she said on her podcast. “All the things that make me a likable, redeeming human being were not shown on the season. So if you only see a certain part of somebody, it’s really hard to connect to them.”

Teddi hasn’t lost touch with her former RHOBH costars, though. She’s still on a group text with Erika Girardi, Kyle Richards, and Lisa Rinna. “Nobody really knows what to say. Of course it’s like, ‘I can’t believe this, I’m so sorry, this is so crazy this is happening,’” she shared in a September Instagram story, per Bravo. “But also, I truly know in my heart that all of the real friendships will continue on, show or no show.”

Indeed, Teddi re-posted Kyle’s Instagram photo of them with Dorit Kemsley and RHOBH Season 11 newcomer Crystal Kung Minkoff on March 15. “Let’s give ‘em something to talk about,” she captioned the shot. Days earlier, she also shared an image with four of her former castmates from the Season 10 cast trip to Provence, France, writing that she her fellow “Fox Force Five” members “put in the work and had so many belly laughs” during what she called “one of our best trips.”

For her part, Kyle also shared her love for Teddi in a September Instagram post. “I am so grateful for #RHOBH for bringing you into my life,” she captioned the post, in part. “I look forward to witnessing what the universe has in store for you next. I know it's going to be amazing. You deserve it all.”