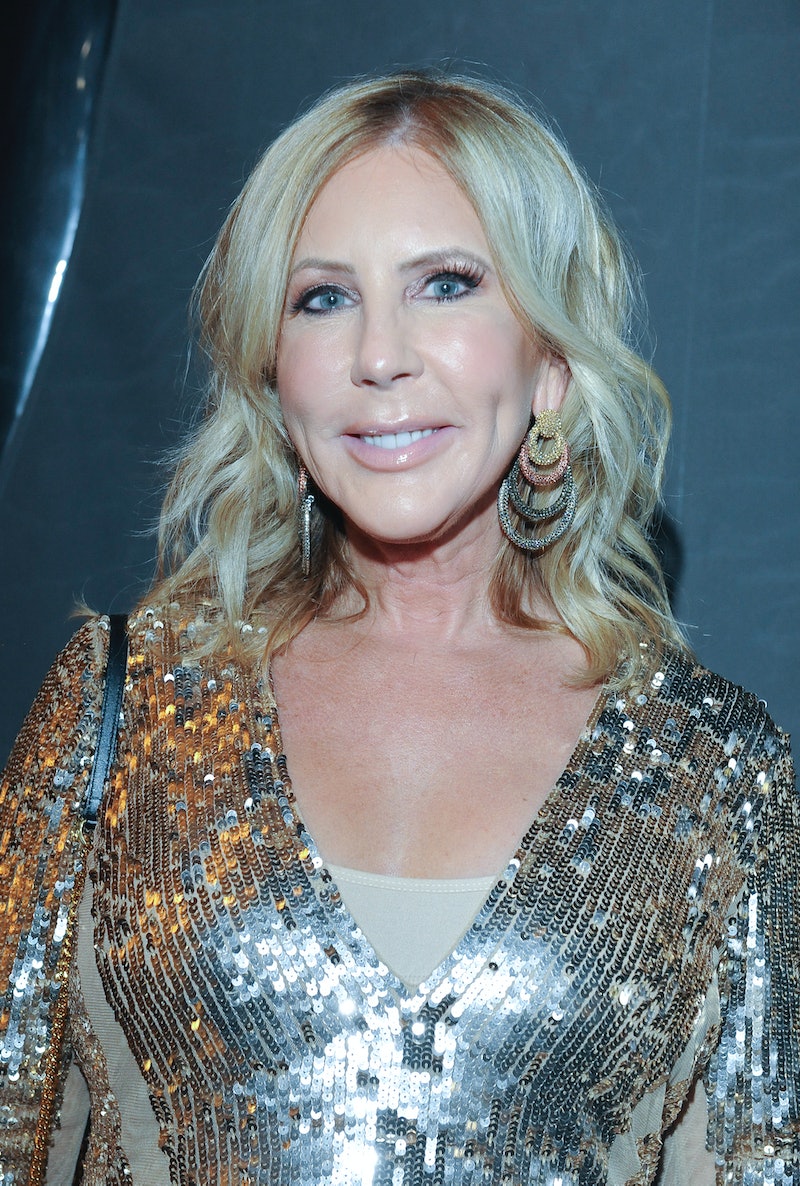 After 14 years of "whooping it up" as the OG of the OC, Vicki Gunvalson announced in January that it was "time to say goodbye" to The Real Housewives of Orange County. As for why Vicki left RHOC, her demotion from a full-time cast member to "friend" in Season 14 may have had a lot to do with the decision. After all, during the Season 14 reunion, Vicki, who'd been a Housewife since the series began in 2006, made no secret of her anger, saying she felt Bravo was treating her like a "has-been."

After the reunion filmed in November, Vicki shared her feelings with OK! magazine. "I felt very disrespected and I don’t deserve that," she said on camera at BravoCon 2019. "I give Bravo my life, all of my life, and I don't fake my reality. My reality is crazy. On other casts, women have created storylines. I don't create that. My life is my life, either you want it or you don’t."

When asked if that would affect her decision on whether she'd return to RHOC for Season 15, she added: "Well, of course. I'm not ever gonna do anything... Some people called me a friend. I'm not no flippin' friend. I'm a cast member that created this franchise, and I need to be respected. And if they don't want me, I'm fine... but don't disrespect me."

It turns out she never had to make the decision. Vicki later admitted she hadn't been asked back for RHOC Season 15,. While interviewing RHONY alum Jill Zarin on her Whoop It Up with Vicki podcast this summer, the Coto Insurance owner theorized why she and longtime costar Tamra Judge were fired from the franchise, blaming everything from age and salaries to producers not liking her, according to The Sun. "There’s several things we thought of… we got very expensive and I think they said that viewers were ready for younger blood," she explained. "I thought, well, you can’t really say that because the viewers and followers have followed my life for 15 years."

Vicki added that she has no idea "how this cast is gonna carry on with two main cast members gone" in the upcoming Season 15, which premieres on Oct. 14.

For his part, Andy Cohen offered his own explanation on RHOBH alum Brandi Glanville’s Unfiltered podcast in September: "We just felt that the show needed some new air. We needed to air it out and see where it went. These two women were so identifiable with it and will always be. I hope they will someday be back in some capacity."

More like this
Everything To Know About 'RHONY' Season 14
By Jake Viswanath, Alyssa Lapid and Brad Witter
RHOP’s Robyn Dixon Explained Why Juan Paid For Another Woman's Hotel Room
By Brad Witter
'RHOP' Stars Robyn & Juan Reportedly Got Remarried & Filmed The Ceremony
By Brad Witter
Brianna Revealed Why 'The Bachelor' Premiere Was Tougher For Her Than You Saw On TV
By Brad Witter
Get Even More From Bustle — Sign Up For The Newsletter
From hair trends to relationship advice, our daily newsletter has everything you need to sound like a person who’s on TikTok, even if you aren’t.