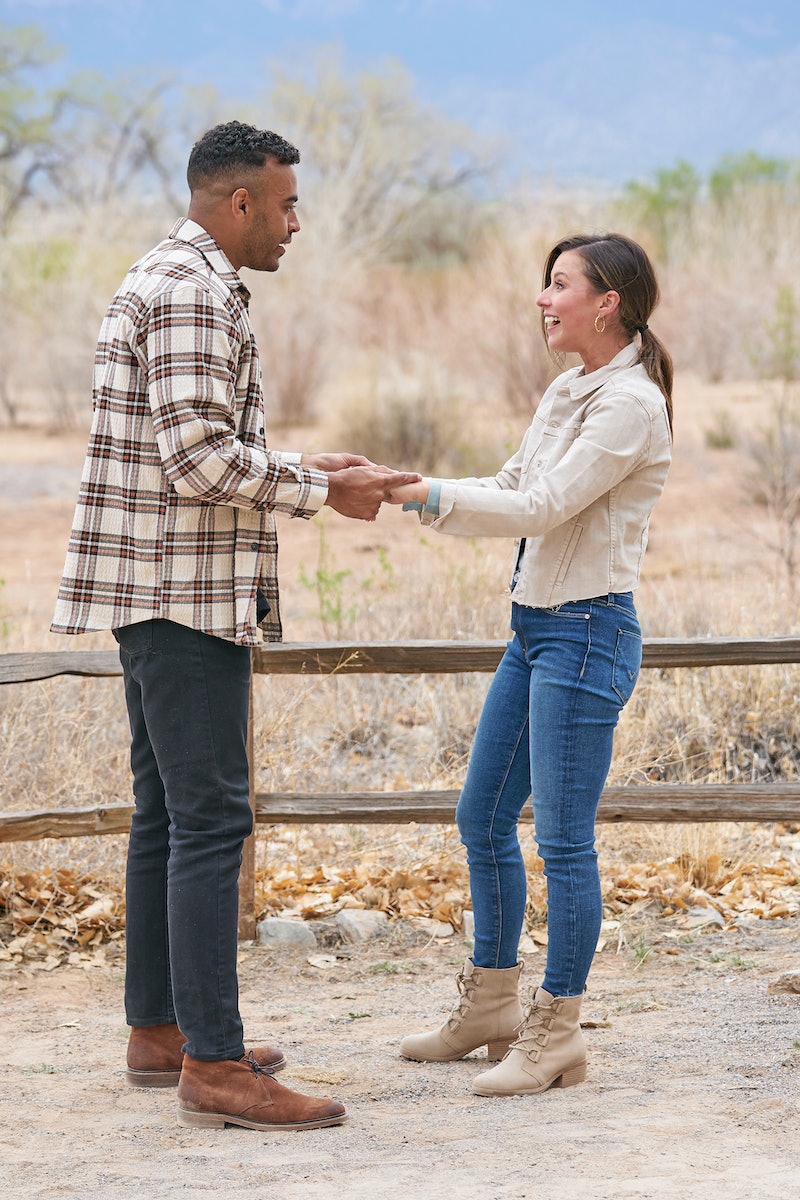 One of the most pivotal weeks in the The Bachelorette process is hometowns, when the finalists typically take the lead home and introduce them to their families. Because Katie Thurston’s season was filmed during the pandemic, her remaining men did their best to bring their hometowns to New Mexico, with Blake Moynes giving Katie a taste of Canada and Justin recreating Baltimore. But in Justin’s case, one thing was noticeably missing: his parents.

During a solemn phone conversation, it became clear that the two hadn’t taken the trip to New Mexico. Not only were they not overly interested in traveling across the country, they weren’t overly convinced that Justin and Katie’s connection was as strong as he claimed it was.

The phone call was an admittedly tough listen. It was obvious that Justin wanted his parents to meet Katie, but both his mother and father expressed their concerns. “You know your dad and I will support you, but I just find it difficult to understand how anyone could get to know someone in this short period of time to propose,” his mother said. “You have to be mindful of not only getting to know a person, but that individual’s family, because all of those things are important in a marriage and in a relationship.”

Justin agreed with the sentiment, and asked what he was supposed to do given that they hadn’t come. “It’s just hard to give a glimpse into part of me that’s very important, and I’ve got nothing to show. Think about how that makes me feel,” he told his mom.

Though The Bachelorette process obviously isn’t for everyone, viewers have rarely — if ever — witnessed a set of parents outright refusing to meet one of the leads. The call concluded with Justin’s dad saying that they’ve always trusted his judgment, even if they don’t necessarily agree with him in this instance.

Justin understood his parents concerns, but he ultimately had to go through with his date, electing to introduce Katie to two of his lifelong friends from Baltimore. Even though Justin’s parents didn’t meet Katie during his hometown date, should things work out for Katie and Justin, maybe they’ll finally get their chance to meet her when the season’s over.

More like this
A Guide To All Of Zach Shallcross' 'Bachelor' Filming Locations
By Brad Witter
Kaitlyn Bristowe Said Chris Harrison Ignored Her After Her 'Bachelorette' Hosting Gig
By Grace Wehniainen
This 'Bachelor' Contestant Got Back With Her Bachelor Nation Boyfriend After Going Home
By Grace Wehniainen
Genevie Explained Why She Was Wearing A Sling During 'The Bachelor'
By Grace Wehniainen
Get Even More From Bustle — Sign Up For The Newsletter
From hair trends to relationship advice, our daily newsletter has everything you need to sound like a person who’s on TikTok, even if you aren’t.