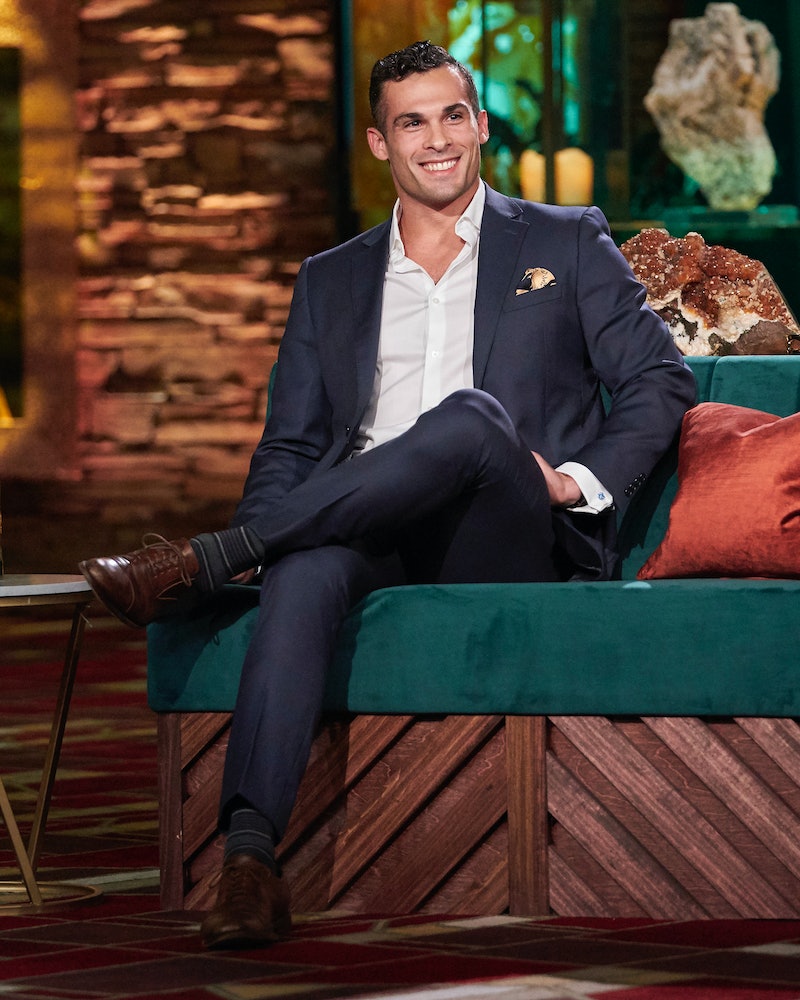 Most of Bachelor Nation is in agreement that Yosef Aborady rightfully earned his Bachelorette villain edit. After first stirring up drama over sliding in several women's DMs before filming began, the medical device salesman then made ageist comments and called Clare Crawley "classless" following a strip dodgeball date that he wasn't even part of. Since he went home before Tayshia Adams took over as the Season 16 Bachelorette, it's unclear why he was at the Men Tell All special, which airs on Dec. 14.

Of course, even though ABC has made no mention of Clare being part of the special, it's still entirely possible she could show up. Even so, it seems odd to give more airtime to Yosef, who only appeared in a handful of episodes, when reportedly only nine total contestants attended the special. Then again, this has been an unprecedented season in general. Chris Harrison previously told Entertainment Tonight that while they were "trying to avoid the virtual world" of Zoom reunions, "there's a lot to tell all" this time.

Yeah, Yosef definitely still has some explaining to do. But he's not the only one in the hot seat, of course. "Tayshia definitely had to face some tough questions; She fired some tough questions," Harrison recently explained to E! News. "It gets contentious. It gets really heated and contentious." She certainly won't have any personal beef to discuss with Yosef, though, so fans will have to tune in to see what role he ends up playing in the Men Tell All episode.

More like this
‘RHOSLC’ Star Jen Shah’s Arrest & Legal Drama, Explained
By Brad Witter and Jake Viswanath
Kesha Is Down To Be The Next Bachelorette
By Jake Viswanath
Bachelorette Gabby Kissed Her New Fiancé On 'Dancing With The Stars'
By Jake Viswanath
Here's Exactly When Rachel & Tino's Fight Happened After 'The Bachelorette'
By Grace Wehniainen
Get Even More From Bustle — Sign Up For The Newsletter