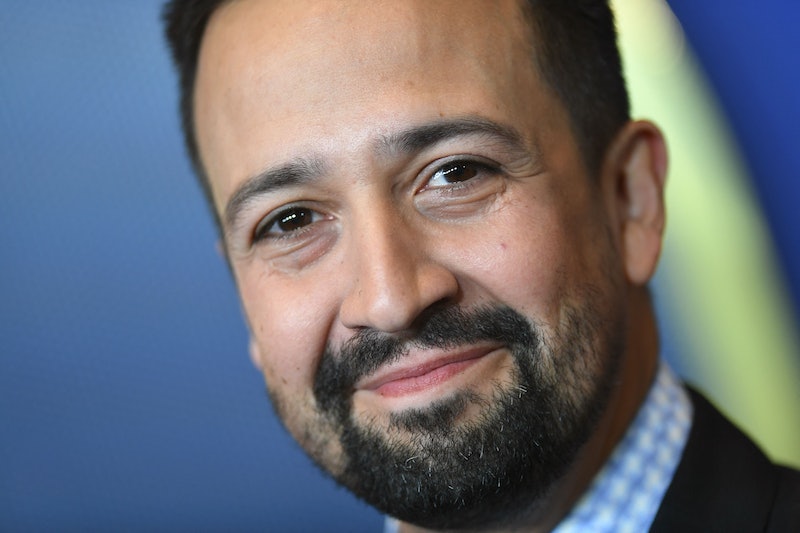 Less than 20 artists in history have earned an EGOT — aka the career achievement of winning an Emmy, Grammy, Oscar, and Tony Award. So if you’re on the verge of getting one, you definitely want to be there in person to accept. Unfortunately, Lin-Manuel Miranda — who could EGOT at the 2022 Oscars — couldn’t attend the ceremony because his wife, Vanessa Nadal, tested positive for COVID after they arrived in Los Angeles. In a tweet, Miranda explained that he decided to skip the event out of caution.

“Made it to Hollywood... This weekend, my wife tested + for COVID,” he wrote. “Kids & I have tested —, but out of caution, I won’t be going to the Oscars tomorrow night.”

Miranda was involved with two of the night’s nominated films: tick, tick... BOOM! (Best Actor and Best Film Editing) and Encanto (Best Animated Feature Film, Best Original Score, and Best Original Song). The potential EGOT would come from only one of those categories, Best Original Song, as Miranda wrote the movie’s heartfelt tune “Dos Oruguitas.” However, his absence was felt among the tick, tick... BOOM! cast and crew as well. “Cheering for my TickTickBoom & Encanto families w my own family, alongside all of you, ALL of you,” Miranda concluded his message.

Nadal also addressed the situation on Twitter, writing that she was “on the mend and well cared for” by her family and sending support to everyone at the ceremony. “I can't wait to root for my partner @Lin_Manuel and all his #ticktickboom and #encanto colleagues during the #oscars (from isolation),” the attorney wrote. She also liked a tweet featuring an illustration of Miranda walking through an Encanto-esque door labeled “EGOT.”