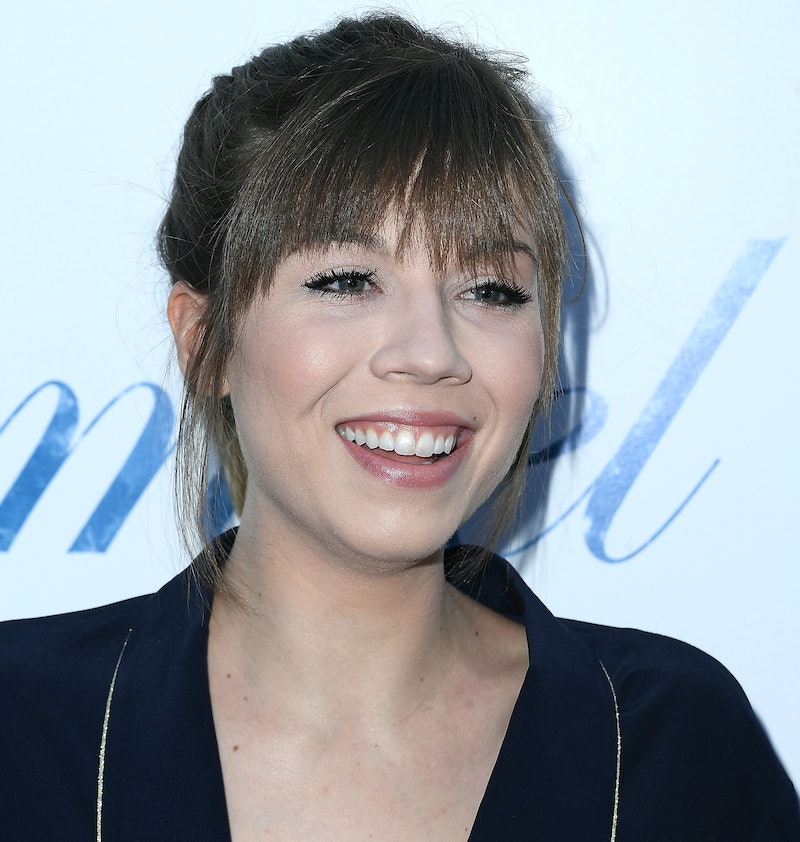 As excitement continues to build over the iCarly reboot, there’s one main cast member who’s noticeably missing from the new series: Jennette McCurdy, who played Carly’s wild best friend Sam. In a late February episode of her podcast Empty Inside, McCurdy revealed that she quit acting several years ago.

“I quit a few years ago because I initially didn’t want to do it,” McCurdy said on the podcast episode. “My mom put me in it when I was 6 and by sort of age, I guess 10 or 11, I was the main financial support for my family. My family didn’t have a lot of money, and this was the way out, which I actually think was helpful in driving me to some degree of success.” After her mom’s death, McCurdy made the decision to leave acting. “With her death kind of died a lot of her ideas for my life, and that was its own journey, and a difficult one for sure,” she said.

Although McCurdy didn’t fully rule returning to acting at some point in the future, she’s currently more interested in writing and directing, as well as focusing on her podcast. “I feel like I have a point of view, and I have a vision,” she said. “We’ll see where things are in a few years.”

Part of McCurdy’s distaste for her acting experience was also tied to the specific experience of playing Sam, which she did both in iCarly and in the spinoff series Sam & Cat (which also starred Ariana Grande). “I’m so ashamed of the parts I’ve done in the past. I resent my career in a lot of ways,” McCurdy said on the podcast. “I feel so unfulfilled by the roles that I played and felt like it was the most cheesy, embarrassing. I did the shows that I was on from like 13 to 21, and by 15, I was already embarrassed.” She added, “I imagine there’s a very different experience to be had with acting if you’re proud of your roles, and if you feel fulfilled by them.”

McCurdy elaborated further on her decision on a later Empty Alone episode with fellow child actor Karan Brar, saying that iCarly producer Dan Schneider created a “hellish” and abusive working environment that severely damaged her mental health and made it difficult to even come to work. “I was a famous 19-year-old and making a bunch of money and I felt like I had everything at my fingertips,” McCurdy said. “But I was deeply unhappy and I actually really resented my life.”

However, the iCarly reboot does plan to address Sam’s absence, the cast explained during a recent interview with Entertainment Tonight. “We talk a lot about the Sam character and where she is in the pilot episode,” said star Miranda Cosgrove. “And Carly very much still loves Sam and always will. And we all really wanted Jennette to be a part of the show in real life. But she’s just doing other things and we’re really happy for her.”

“It will be addressed, but it’s not something that we go too deep into just because we just want to respect Jennette’s wishes,” added Jerry Trainor, who plays Spencer. “You know, she’s decided to move on from acting and she’s doing great in her own world and we’re super proud of her. And she’s part of this family forever. But that sort of gives us space to get new characters in and have new unexpected storylines and voices.”

More like this
Ashton Kutcher Wants Danny Masterson “To Be Found Innocent” In Rape Retrial
By Jake Viswanath
All The ’70s Easter Eggs You Missed In 'That ’90s Show'
By Grace Wehniainen
At 28, Debra Jo Rupp Was Living A Much Different '70s Show
By Grace Wehniainen
Hilary Duff Is “Optimistic” About A 'Lizzie McGuire' Reboot
By Alyssa Lapid
Get Even More From Bustle — Sign Up For The Newsletter
From hair trends to relationship advice, our daily newsletter has everything you need to sound like a person who’s on TikTok, even if you aren’t.