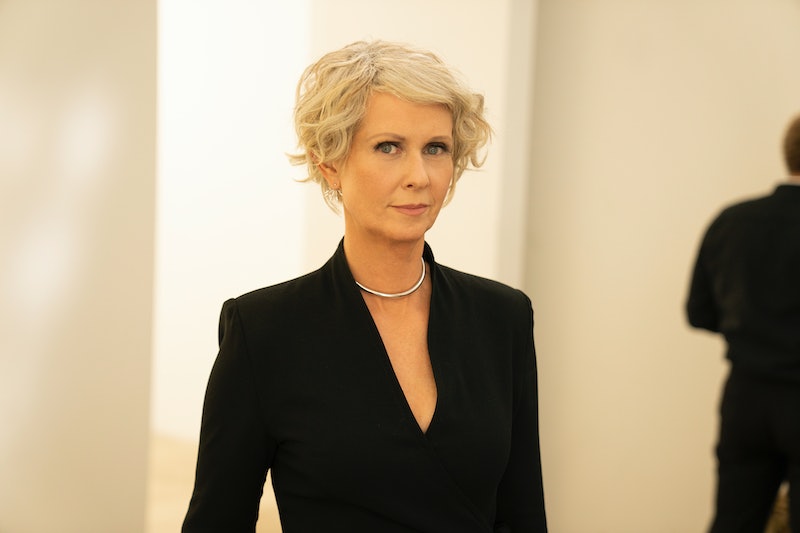 Miranda Hobbes has always spoken her mind. But in the Sex and the City reboot And Just Like That, she’s a little too loose with her words. After quitting her job as a corporate lawyer to pursue a master’s in human rights, she winds up in class with Professor Nya Wallace (Karen Pittman), who she mistakes for a student because she’s wearing a different hairstyle than in her picture on the university’s website. This leads to a cringe-inducing rant about why that assumption had nothing to do with the fact that Nya is Black, at least one mention of Ibram X. Kendi’s How to Be an Antiracist, and an unfortunate comment about not wanting to come across as a white savior. Gone is the Miranda who once told off a sandwich for catcalling her. In her place is, well, a microaggressive Karen.

Though fans may disagree, Cynthia Nixon thinks it makes sense that her character would have become this person. “Miranda is always sticking her foot in her mouth and getting angry and mouthing off,” she said at a press junket attended by Bustle. “She's very not afraid to stick her chin out, and sometimes she leaps a little too quickly. So we see her definitely putting her foot in her mouth quite a bit.”

It was important to both Nixon and Pittman that exchanges like the one between Miranda and Nya be included in the reboot. Since its conclusion in 2004, the original show has been criticized for its lack of non-white characters and ineptitude in talking about race. The new series attempts to course-correct by introducing characters like Che (Sara Ramirez), a Latinx and non-binary podcaster; Lisa Todd Wexley (Nicole Ari Parker), a Black mom at Charlotte’s children’s school; and Nya. Part of that meant incorporating some uncomfortable discussions about race.

“I think it's really hard for white people to talk about race if they never have before,” Nixon said. “Now people are trying and people are not always doing it very elegantly, but I think everybody… at least has empathy, if not admiration, for what Miranda's trying to do.”

As painful as Miranda and Nya’s first scene is to watch, Pittman felt it was an honest depiction of how these kinds of conversations unfold. “Everyone was like, ‘Oh, Miranda, stop already,’” Pittman said. “[But] I think a lot of what I loved about that scene wasn't that we were trying to teach anything, we were just trying to show two people walking all the way through that moment.”

Somehow, Nya and Miranda walk all the way through to becoming friends. “I think when [Nya] first meets Miranda, she's extraordinarily curious about who this woman is,” Pittman said. “She is gray haired, and there's been no one like her, probably, in her class ever. [I think she probably thought] Miranda has a pretty sturdy spine, and how she navigates through her own fragility in that moment was really hilarious and interesting. It's obvious to me that they have a chemistry that means they're going to be friends, because you just can't look away from a car crash happening right in front of you.”

Miranda, for her part, is eager to listen and learn — though TBD on whether she’ll be more genuine than all those Instagram statements that sprouted up in 2020. “She's very excited and she's scared and she's very awkward,” Nixon concludes. “I find it very touching. She's 55, and they say you can't teach an old dog new tricks, but Miranda is going to die trying.”

More like this
Ashton Kutcher Wants Danny Masterson “To Be Found Innocent” In Rape Retrial
By Jake Viswanath
Here’s Everything Coming To & Leaving Netflix In February
By Jake Viswanath
Hilary Duff Is “Optimistic” About A 'Lizzie McGuire' Reboot
By Alyssa Lapid
Everything To Know About 'The Real Housewives Ultimate Girls Trip' Season 4
By Jake Viswanath
Get Even More From Bustle — Sign Up For The Newsletter
From hair trends to relationship advice, our daily newsletter has everything you need to sound like a person who’s on TikTok, even if you aren’t.