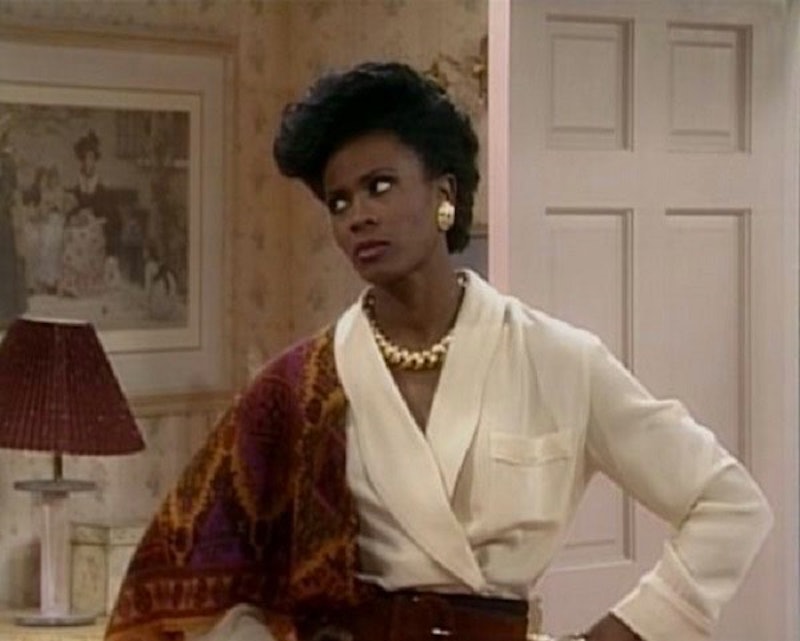 The Fresh Prince of Bel-Air is one of the most celebrated shows of the 90s. But beneath all of the show’s high moments remains one mystery: why the original Aunt Viv left the series. After Janet Hubert expertly played the role for three seasons, the actor was mysteriously replaced by someone else. For another three seasons, until Fresh Prince eventually ended, Aunt Viv was played by Daphne Maxwell Reid. At the time, Hubert's sudden absence from the show and replacement was thought to be attributed to creative differences. But the actual story of why Aunt Viv was replaced on Fresh Prince is much bigger than that.

Since the controversial change of Aunt Viv happened in 1993, Hubert, Will Smith, and Alfonso Ribeiro, have all spoken out regarding the decision, and their own version of the events surrounding it. The year that it happened, Smith addressed the controversy on an Atlanta radio station with some less than favorable statements, claiming:

I can say straight up that Janet Hubert wanted the show to be 'The Aunt Viv of Bel-Air Show,' because I know she is going to dog me in the press. She has basically gone from a quarter of a million dollars a year to nothing. She's mad now, but she's been mad all along. She said once, 'I've been in the business for 10 years and this snotty-nosed punk comes along and gets a show.' No matter what, to her I'm just the Antichrist.

Meanwhile, Perez Hilton reported that, in 2009, Ribeiro did a stand up set in which one of his jokes revolved around Hubert being replaced on the show, claiming:

You know, legally I'm not allowed to talk about it. But hey, why not? ...Long story short, and there were days when we were all on the set and she would literally go off on people and they got to a point by the time the second season came around where we're like, 'This is unacceptable.' We felt like, when we were doing 'The Fresh Prince of Bel-Air,' that we were a family… She, at that point, ruined that, and she made it very difficult for us to work, and unfortunately she was then fired. They brought in Daphne Maxwell-Reid, who we absolutely loved, and we moved on.

However, according to Hubert, there was plenty more happening behind the scenes that was, perhaps rightfully, provoking whatever behavior had annoyed her co-stars.

In January 2016, Hubert posted a (since deleted) Facebook video in response to Jada Pinkett-Smith's decision to boycott the Oscars. In it, she discussed her version of events of what exactly seemed to cause such a feud on the Fresh Prince set, and it sounds as though she was frustrated with Smith for not doing more for the supporting cast. She claimed,

I seem to recall 26 maybe seven years ago, whatever it was. I seem to remember at option time coming to you and saying, ‘You know, Will, you’re the star of the show, why don’t we all get together with you and maybe we could get a little raise. Maybe the network — since the show is such a hit — and you being the star of the show, your influence would help us greatly, like they did on 'Friends,' like white shows do. Remember that?

Given the varying accounts as to what actually happened on the set of The Fresh Prince of Bel-Air, it’s clear that there will never be a consensus on exactly went wrong. So all we can do is praise the original Aunt Viv for the incredible character she truly was.

This article was originally published on April 3, 2017