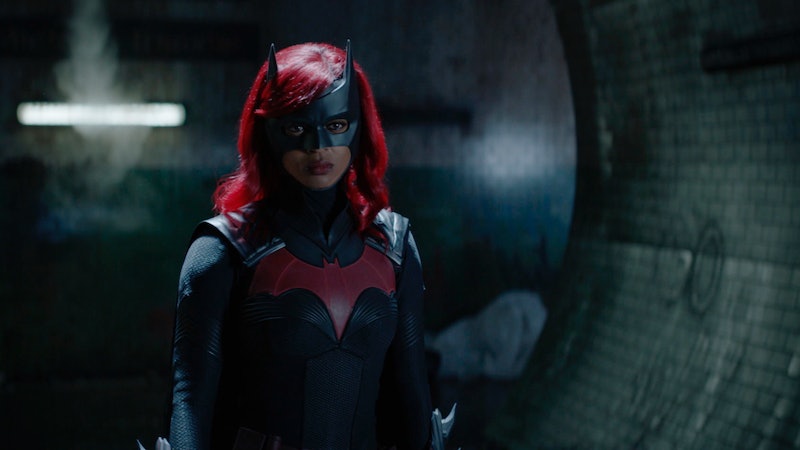 When Ruby Rose announced she was leaving Batwoman after one season as the titular caped crusader, she didn't initially give a reason. Multiple outlets reported that sources close to the show claimed that Rose was unhappy on set, with one claiming to TV Line that she couldn't acclimate to the long hours of filming or the set's location in Vancouver. "It wasn't 100% her decision," the source claimed. "It was a breakup. She wasn't happy working on the show, and did that make her fun to work with? No. So everyone decided it would be in the best interests of the show, and for all concerned, if they parted ways. It just wasn't a good fit."

However, Rose later told Entertainment Weekly that part of the reason for her exit was due to an injury she sustained in 2019. Per CNN, the actor herniated two discs while doing stunt work in an accident that nearly severed her spinal cord. She underwent surgery in September 2019 to try to fix the chronic pain stemming from her injury.

"Being the lead of a superhero show is tough," Rose told EW. "But I think, in that particular instance, it was a lot more difficult because I was still recovering from my surgery. I had my surgery and then 10 days later I went to work, which maybe wasn't the best idea." She added that though she loved playing Batwoman and wouldn't rule out a return in the future, she wanted to prioritize her healing.

Rose also said that the coronavirus pandemic influenced her decision. "You know, you have time in quarantine and sort of isolation to just think about a lot of different things and what you want to achieve in life and what you want to do," she said. "I think for both [me and the producers], it was a great opportunity to have a dialogue about a lot of things. I respect them so much and they've been so respectful to me."

In Season 2, Javicia Leslie will take up the mantle as Batwoman, playing a new character named Ryan Wilder who finds Kate Kane's suit by chance. Per Deadline, showrunner Caroline Dries said at ATX that though she briefly considered just slotting Leslie into the Kate Kane role to salvage the episodes that had already been written, executive producer Greg Berlanti steered her away from that. "He said, you know, we should just ... reboot Batwoman as a different character, and also respect everything that Ruby put into the Kate Kane character," Dries said. "And I just think it helps the audience a little bit too, that we are not asking them to not address the elephant in the room."