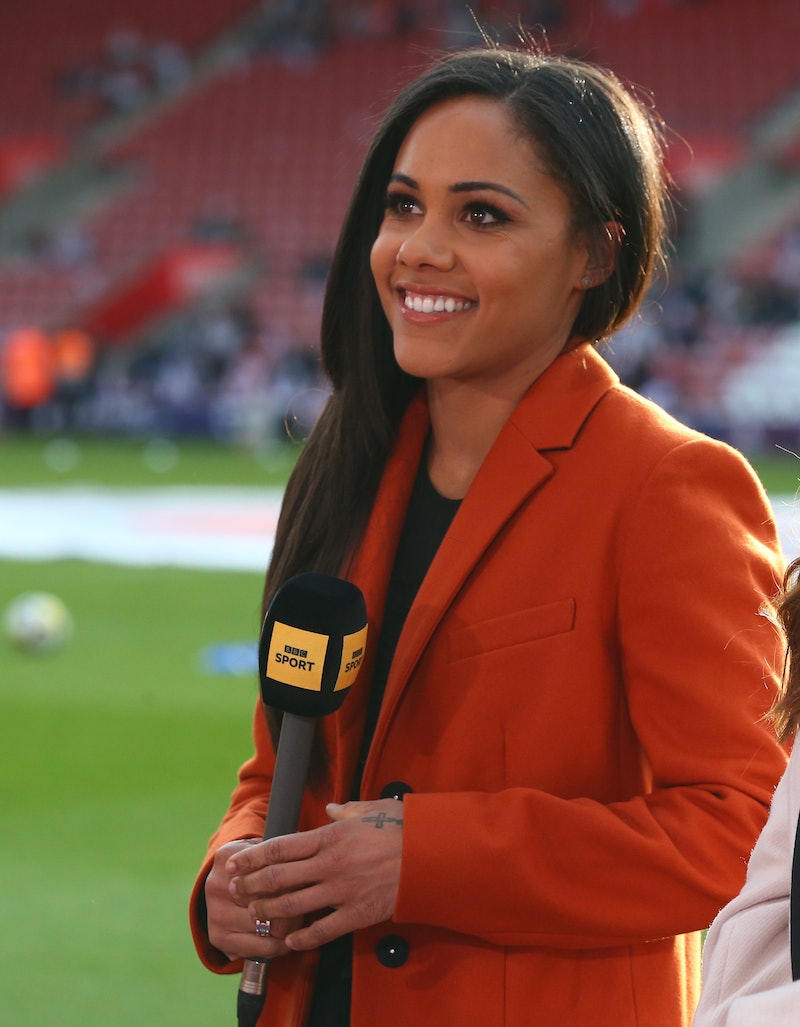 Following presenter Sue Barker's shocking departure from long-standing quiz show A Question Of Sport, the rumour mill has been in overdrive with people wondering who will take her spot. Former England footballer and broadcaster Alex Scott is tripped to take up the mantle and already has backing from big names in sport.

Though the BBC has yet to confirm the news, pundit Gary Linekar appeared to spill the beans on Twitter earlier this week. "Congratulations and good luck to @AlexScott on being the new host for Question Of Sport," he said in a tweet that has now been deleted. "Smart, knowledgeable, and perfectly qualified for the role," added Linekar.

Scott is certainly highly qualified as a sports pundit. While many know the broadcaster from her 2019 stint on Strictly Come Dancing, she has actually had a successful career as a right-back for Arsenal since 2012. The 35-year-old has also spent five years as a BBC Sports broadcaster, so is no stranger to the business. Scott has also appeared on A Question Of Sport numerous times.

Linekar seems to have been conscious of the negative backlash towards Scott. As he tweeted: "Oh...and if you have a problem with Alex getting the job, you might just be part of the problem," he added.

Scott, who is of Jamaican and Irish descent, has received an onslaught of racist trolling since the rumours began to circulate.

Despite this, Scott seems to be doing and thanked her thousands of well-wishers via a tweet on Sept. 18.

"The love & support shown to me yesterday has me smiling through the weekend #thankyou I am going to #keeponkeepingon like always!" Scott tweeted, but she made it clear that nothing had been confirmed yet re A Question Of Sport: "The only thing that is signed sealed delivered that I am buzzing about right now though is....@Aubameyang7@Arsenal#COYG."

Per the Mirror, the BBC is keeping quiet about the job. “This is all speculation and no conversations have been had about the future line-up," a spokesperson told the newspaper.

It's likely the BBC is still dealing with the fallout on their decision to shake-up A Question Of Sport and axe Sue Barker alongside team captains Phil Tufnell and Matt Dawson. As Bustle reported earlier this week, Barker insists she would have never have left the role "voluntarily" after 24 years at the helm. The BBC announced the news on September 13 and the final series with the current line-up will air next year. Bosses have not yet shared what new direction the quiz show will take after that.