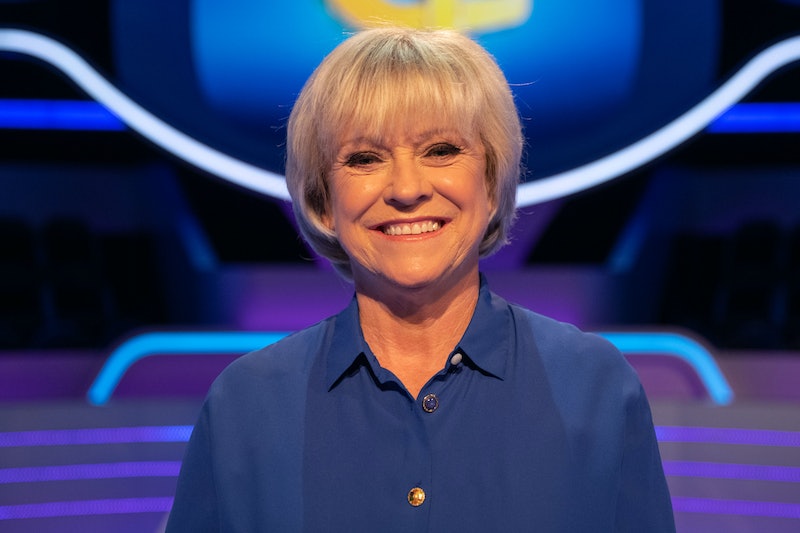 Long-standing sports presenter Sue Barker is no longer fronting A Question Of Sport after the popular quiz show heads in a "new direction." Barker, who presented the show alongside team captains Phil Tufnell and Matt Dawson, insists she would have never have left her "voluntarily" after 24 years at the helm.

Per The Sun, the former professional tennis player said she was "sad to say goodbye" to the show.

“I’ve absolutely loved my 24 years fronting A Question of Sport, it’s been my dream job," Barker said. "But I understand the BBC want to take the show in a new direction and I’m sad to say goodbye,” Barker shared to Sportsmail. I love the show so much they would have to remove me, it would have been tough for me to walk away."

The BBC announced the news on September 13 and the final series with the current line-up will air next year. Bosses have not yet shared what new direction the quiz show will take after that.

The news of Barker's departure comes only a few days after Jane Garvey and Jenni Murray announced that they were stepping back from their role as hosts on Woman's Hour. Some are concerned that the BBC is targeting its older female talent in its talent "shake-up."

As one person tweeted: "Element of ageism about getting rid of Sue Barker. You always see women on tv replaced by younger versions the minute they get to a certain age, which is concerning."

Per BBC News, a spokesperson for the corporation thanked Barker for her long-standing role. "We would like to thank Sue for her enormous contribution as the show's longest-reigning host over the last 24 years, and Matt and Phil for their excellent team captaincy. Together they have ensured A Question of Sport remains a firm favourite with the BBC One audience."

Tufnell tweeted: "13 yrs @QuestionofSport has been a great part of life .. going to miss it hugely .. thanks so much for all the lovely messages !!"

Dawson, who appears to be saddened by the news, tweeted: "Thanks for all the lovely messages. I’m not sure how to respond so I’ll have a think Needless to say I will miss @QuestionofSport immensely...."

The A Question of Sport presenters have received an outpouring of support on social media.

In response to Dawson's tweet, fellow sports presenter and athlete Denise Lewis shared her love: "Matt, I have no words. How can 3 people that have the ability and charisma to entertain and still make people laugh be axed? Gutted. I’ll miss our banter, sighs and high fives. @philtufnell Love ya. Long live #SueBarker#QuestionofSport"

A Question Of Sport has been a beloved BBC program since the 1970s and has only changed its presenters three times in 50 years — Barker has held the role for the longest of all three. While some suspect the BBC will be attempting to diversify the quiz shows line-up, its not yet been revealed how it will be freshening up the series.