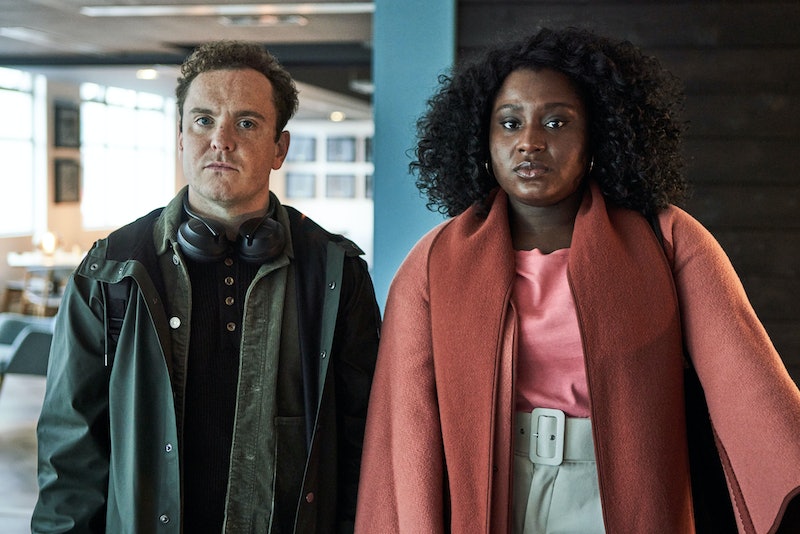 Created and developed by Oliver Lyttelton, comedy-drama Cheaters follows a chance encounter between Fola and Josh – two strangers in their late twenties who have a one-night stand after their flight gets cancelled. But as they soon discover, both are already in pretty serious relationships – Fola being married to Zack, and Josh being in a longtime relationship with his girlfriend Esther. Starring Susan Wokoma, Joshua McGuire, Callie Cooke, and Jack Fox, Cheaters unfolds over 18 episodes consisting of 10-minute chapters. Just the right amount of time to marathon the series all in one go. And if you’re already done so, you may be wondering whether Cheaters will return for season two?

As of yet, there is no official word from the BBC about the future of Fola, Josh, Zack, and Esther, and whether the show will return for a second season. However, its two main leads seem positive that Cheaters could easily return.

“I definitely think where we end up, because you’ve got these four characters, there’s infinite exploring that I think Oli can do,” Joshua McGuire recently told Radio Times. “I definitely think there’s space to move forward in the future.

Susan Wokoma agrees, adding that while they’re “always the first to get asked and the last to find out,” she’s putting her “heart on the line” to say that she hopes another season of Cheaters is developed.

And while the 10-minute run-time of its episodes is a relatively new format, Wokoma cites the success of State of Union – another BBC comedy starring Rosamund Pike and Chris O’Dowd, which was renewed for a second series in 2021. “That has very short episodes, so I understand it’s a bit of a risk, but I hope so,” Wokoma concluded.