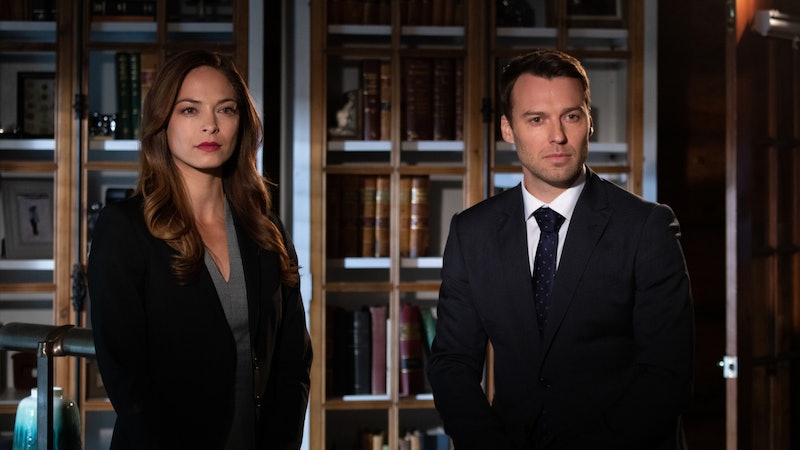 Heading into the Season 3 finale of Burden of Truth on The CW, the stakes were at an all-time high for Joanna (Kristin Kreuk) and Billy (Peter Mooney). As for whether or not they'll get more rounds in the courtroom in the future, however, no announcements have been made about a potential Burden of Truth Season 4. Fans should expect a verdict soon, however: Canadian broadcaster CBC — which airs the legal drama first, before it airs as part of The CW's summer lineup — renewed the series for Season 3 last March, with The CW acquiring that installment last May, so expect a similar timeline for hearing the news.

In January, Kreuk explained that the feedback she's received has been promising. "The fans who love the show are very passionate about the characters and about the dynamics and they feel deeply connected," she told Brief Take. "They seem to see a lot of their lives in people in the show and I think that that is very satisfying for them, and that’s something that I haven’t quite experienced in the same way in the other shows that I have done. A lot of the time I think that it’s an escape and I think that the show’s something that helps people identify and process their own lives and their own experiences."

According to Smallville alum Kreuk, there's also strong camaraderie among the cast, which has made returning each year something to look forward to. "There's a real dynamic on set with the cast and the histories of those characters really enrich the show," she said, "it's not a show in which everything stands alone, it's a show in which everything builds on everything that’s come before. Even though each season is its own independent story, for everyone who’s been following from the beginning, it’s such a rich world and it’s so nice to be able to jump into that world from where we left off and know these characters’ history and know all the ups and downs between these two... it’s really rewarding."