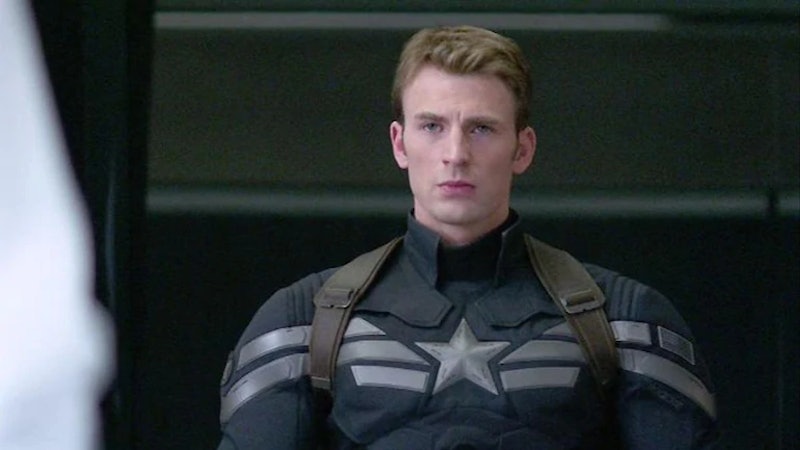 In Avengers: End Game, an aged Steve Rodgers appeared to retire the Captain America title by handing off the Vibranium shield to his good friend Sam Wilson (Falcon). But it doesn’t sound like we’ve seen the last of the character: in January, Deadline reported that Chris Evans will reprise his role as Captain America in the MCU in “some form,” prompting theories that he’ll appear in Disney+’s upcoming series The Falcon and the Winter Soldier. So far, the news has gone unconfirmed, but Marvel, the show’s cast, and even Evans have offered some vague comments about the possibility.

When the Deadline report initially surfaced, Evans seemingly brushed it off by tweeting, “News to me” with a shrugging emoji. But fans didn’t take that to heart knowing it could have just been his attempt to dampen suspicion. In a recent interview with Entertainment Weekly, Marvel Studios president Kevin Feige played it equally coy — as did Falcon stars Anthony Mackie and Sebastian Stan, who play Sam and Bucky, respectively.

"I rarely answer no to anything anymore because things are always surprising me with what happens. But that rumor, I think, was dispelled rather quickly by the man himself,” Feige said, referring to Evans’ tweet. Was it, though? Mackie wasn’t much help either, claiming he had "no idea" what was going on with Evans. "Marvel's so secretive, and it's so ridiculous about what we know and what we don't know," he added. Hmmmm.

Stan’s comment offered the most promise. "Anything is possible, right?" he said. "I saw he tweeted something about it. So, I don't know. I feel like usually he knows what to say in those things, so I didn't know what to make of it. And I truly don't have any intel on that. I feel like you can't ever think of the words 'Captain America' without thinking about Chris Evans. He's done such an amazing job with [the role], and I feel like he's always going to have this presence. And he has a presence in our show."

It’s true: Falcon and The Winter Soldier acts as a sort of epilogue to Evans’ tenure, so he’ll at least be mentioned on the show, if not actively on it. In an interview with Empire Magazine, Feige said that elder Steve will be addressed “in a roundabout way,” and because he’s 106 years old, his livelihood is in question. To think he’s still alive is a “fair presumption,” Feige added, but “not necessarily the case.” So if we do get an Evans cameo, it may be in a flashback of some sort.

As ScreenRant pointed out, while the idea of bringing Evans back is exciting for committed fans, it would have to be approached carefully. After all, his well-received End Game send-off is at risk of being tainted, and his return — depending on how significant — could be distracting and undermine Sam’s narrative as a new leading hero. People love Steve as Captain America, there’s no question about that. But will they love Sam just as much? If that’s the direction he’s headed, he’ll need screen time to win some hearts, and as much as it hurts to say, bringing Steve back may not help that mission.

More like this
Netflix Shut Down 'Bridgerton' S3 Rumours About A “Very Dark” Storyline
By Bustle
Bill & Frank’s 'The Last Of Us' Episode Has Twitter Emotionally Wrecked
By Alyssa Lapid
'The Queen’s Gambit' Season 2 Tweet Wasn’t From Anya Taylor-Joy
By Mary Kate McGrath, Jack Irvin and Grace Wehniainen
Everything To Know About 'RHONY' Season 14
By Jake Viswanath, Alyssa Lapid and Brad Witter
Get Even More From Bustle — Sign Up For The Newsletter
From hair trends to relationship advice, our daily newsletter has everything you need to sound like a person who’s on TikTok, even if you aren’t.