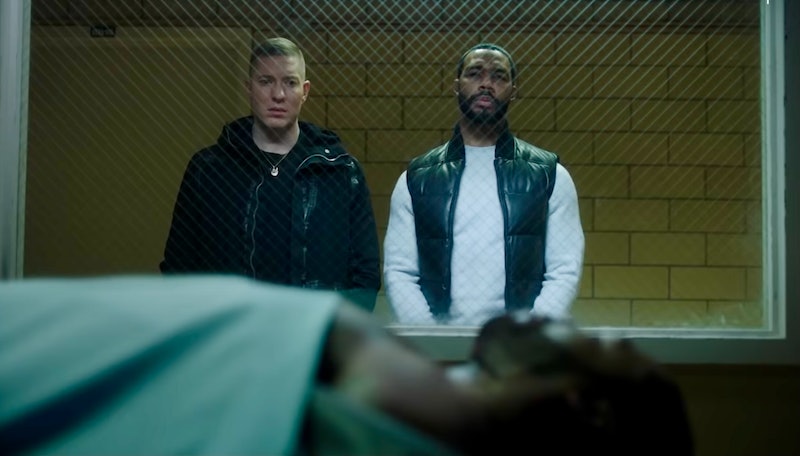 Don’t expect to see Tommy Eagan and Ghost (aka James St. Patrick) in Power Book III: Raising Kanan. Though the post-credits scene of Power’s series finale gave fans a glimpse at younger versions of the characters, the prequel series is set in 1991 and chronicles the early years of Kanan Stark, who didn’t meet Tommy and Ghost until he was about 19. (The show opens when he’s 15.)

“We’re not going to explore [Tommy and Ghost] as teens,” Power creator Courtney Kemp said during a Deadline panel for Raising Kanan in 2020, though she added that they could make appearances in later seasons of the show. (And yes, there will be more seasons: Starz renewed Raising Kanan for a second season before it even premiered.)

Mekai Curtis, who plays the teen version of Kanan, echoed that statement, noting that his character didn’t begin mentoring the slightly younger Ghost and Tommy in the drug business until the mid-’90s. “It’s going to be a couple of years,” Curtis told Entertainment Weekly in May. “That’s kind of how their storyline unfolded anyway. It was a couple years that Kanan was in the game and understood his world before he even ran into Tommy and Ghost.”

Regardless of whether Tommy and Ghost ever appear on the show, fans will at least see more of Tommy soon. Though Starz has yet to announce a release date, Power Book IV: Force, which centers on Joseph Sikora as Tommy, is reportedly scheduled to drop in 2021. And there will be other familiar characters from the Power universe in Raising Kanan. Hailey Kilgore plays a younger version of Anika Noni Rose’s Power character Jukebox, while 50 Cent — who played Kanan on Power before he died in Season 5 — narrates the series. It remains to be seen if he or any other original characters will appear on camera. “I would love to see all different versions of that, to be honest with you,” Kemp told Deadline. “But I want to make sure that Raising Kanan itself has an opportunity to be its own series and not make that compete with [Power Book II: Ghost].”

More like this
Everything To Know About 'And Just Like That...' Season 2
By Jack Irvin and Grace Wehniainen
'The Last Of Us' Episode Schedule Competes With The Super Bowl & Oscars
By Brad Witter
Pedro Pascal Barely Got Through The "Lisa From Temecula" 'SNL' Sketch
By Stephanie Topacio Long
Melanie Lynskey Plays A “Ruthless Leader” In 'The Last Of Us'
By Brad Witter
Get Even More From Bustle — Sign Up For The Newsletter
From hair trends to relationship advice, our daily newsletter has everything you need to sound like a person who’s on TikTok, even if you aren’t.