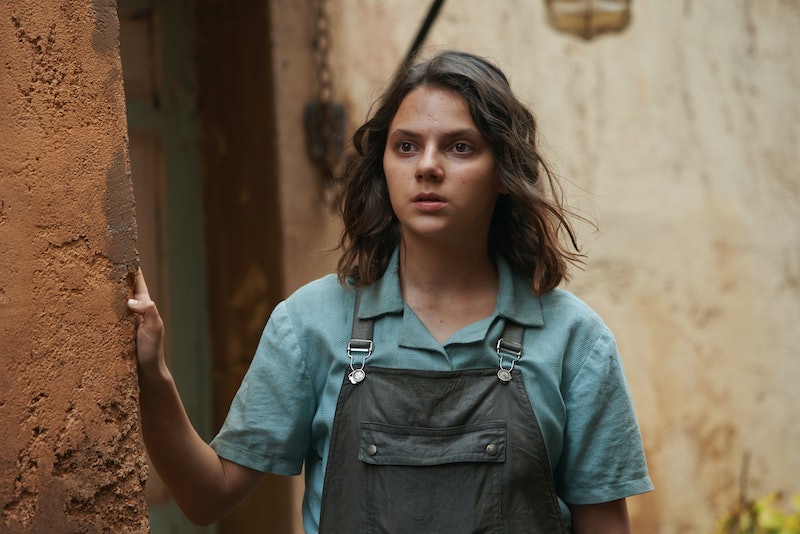 BBC's adaptation of His Dark Materials made Christmas even more magical this year with its second season, and its finale has many wondering how Lyra is going to escape from her estranged mother's grasp. Well, seeing as the series is based on Philip Pullman's best-selling trilogy, there's at least one more story in the Dark Materials universe to be told. So will His Dark Materials return for season three?

Yes, and it will be the last. Comprised of eight episodes, the third series of His Dark Materials will follow the story of The Amber Spyglass — the third and final book in Phillip Pullman's trilogy. There are also two short novels that follow The Amber Spyglass, including a sequel of sorts called Lyra's Oxford could potentially be covered in season three. It's a pretty hefty story though, one that includes Lyra being tricked and trapped by a cunning witch. If Lyra's Oxford isn't covered, it would be the perfect Christmas special, wouldn't it?

The Amber Spyglass itself is "longer, denser, and more complicated" than its predecessors, as film site Cinema Blend notes, which sees Lyra captured by Mrs Coulter "who is determined to stop her daughter from fulfilling the witches' prophecy and becoming the second Eve, in turn saving humanity," Digital Spy writes. The Land of the Dead also features heavily in The Amber Spyglass, which is inhabited by "elephant-like creatures" called the mulefa.

Set to begin production in summer 2021, the series is expected to premiere sometime in 2022. "I think it will be easier [to film] next spring/summer than it is now," executive producer Jane Tranter recently told Radio Times. "We're very blessed that we have Wolf Studios to film season three in. And so I think we'll be able to do that mix of filming in a studio and visual effects work, maybe filming on location but doing builds on location."

Series leads Dafne Keen and Amir Wilson will return in their respective roles of Lyra and Will, accompanied by Ruth Wilson as Mrs Coulter, Simone Kirby as Mary Malone, and James McAvoy as Lord Asriel. While Lin-Manuel Miranda, Ariyon Bakare, and Andrew Scott most likely won't be returning due to their characters' fates, there is a chance Lyra's BFF Roger (played by Lewin Lloyd) may make an appearance.

You can catch up series one and two of His Dark Materials on BBC iPlayer.

More like this
'Heartstopper' S2 Just Welcomed Four Brand New Cast Members
By Nola Ojomu and Sam Ramsden
Here's When 'The Crown' Season 5 Will Premiere — And What To Expect
By Bustle Editors
UK Viewers Will Have To Wait To Watch The Handmaid’s Tale S5
By Maxine Harrison
How A Location Blunder Changed The Outcome Of 'The Capture' S2.
By Darshita Goyal
Get The Very Best Of Bustle/UK