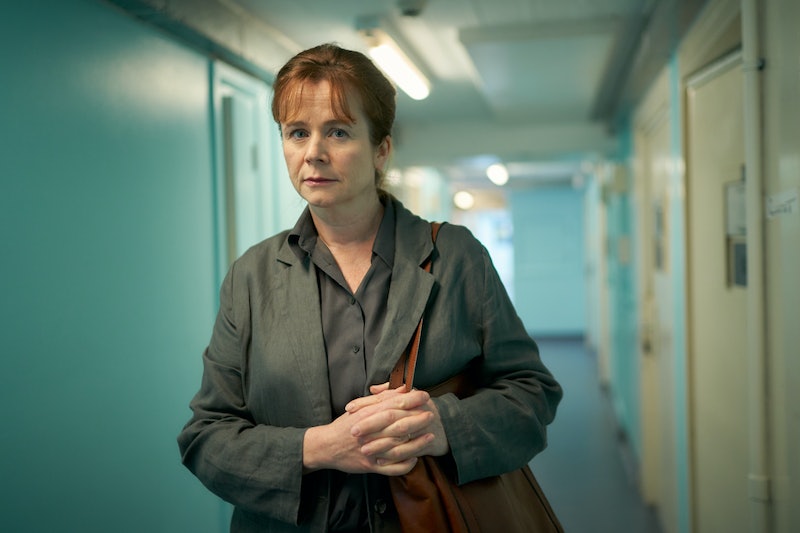 SNOWED IN PRODUCTIONS FOR ITV

The final episode of ITV's psychological drama Too Close comes to a dramatic end when it airs tonight (April 14). Based on the book by Clara Salaman, the compelling mini-series focuses on the intense and dangerous relationship between forensic psychiatrist Dr. Emma Robertson, played by Emily Watson, and Connie, portrayed by Denise Gough. Connie is accused of a horrendous crime, but claims she can’t remember a thing. Dr. Robertson has to decide whether she’s fit to stand trial. With viewers gripped over the last three nights, many will wonder whether Too Close will return for a second season? Here’s what we know so far.

What we do know is that the short series was adapted from the book of the same name by Clara Salaman (written under the pseudonym Natalie Daniels) and follows the novel's mysterious plot closely. Logic follows that, like the book, the show will be contained to these set episodes. I have reached out to ITV for confirmation and will update you when I know more.

However, it turns out that the series took significant liberties from the book. Ahead of the show’s debut, Salaman said: “the TV adaptation takes on its own life and its own story.” Though crucially it is fiction, ie. not based on a true story overall.

“It is actually quite different from the book,” the author told ITV. “There are some significant differences: in the book, you don’t know what Connie has done until maybe halfway through. In the TV story, you know right from the start what has happened.”

As the synopsis goes, the mini-series sees Dr. Emma Robertson attempt to assess the so-called “yummy mummy monster” Connie for trial. Whilst the psychiatrist attempts to uncover the truth and learn what triggered Connie’s despicable behaviour ahead of her trial, it seems that her attempts to see justice done may destroy her instead.

Full of haunting flashbacks, twists, and unanswered questions, the ITV series has been largely well-received – despite plot holes pointed out by some viewers – with the Guardian deeming it “fantastically compelling” and “brilliantly scripted.” It’s clear to see why viewers are keen on more from the series.