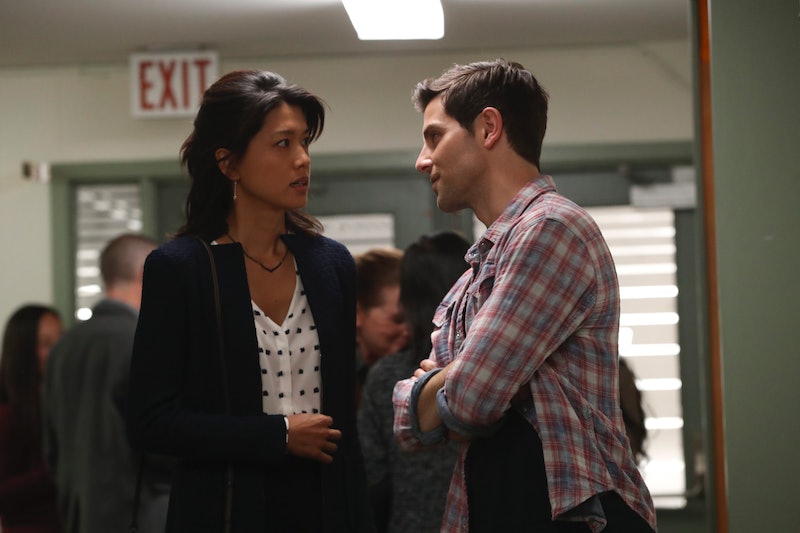 A Million Little Things is framed as following the lives of a group of men who lose their best friend in a terrible tragedy and the ripple effect it has on everyone around them. Jon is dead, and Gary, Eddie, and Rome are grappling with it. More interesting, though, are the women of those men’s lives, the women who must now deal with the upheaval, albeit in a secondary fashion. One of these women is Katherine, Eddie’s wife, who works excessive hours as a lawyer to support her family following Eddie’s recovery from alcoholism and the end of his music career. Now, though, Eddie and Katherine are divorcing on Million Little Things, and it’s only through this split that Katherine is able to let go of the “mom guilt” she’s felt she deserves all these years.

The reason for Eddie and Katherine’s split? Katherine found out that Eddie had been sleeping with Delilah, Jon’s widow, for, oh, a long time. Not only was he sleeping with her, but he is in love with her. Katherine has picked up Eddie’s pieces for a very long time — he was in a successful band that disbanded because Eddie’s alcoholism got in the way of his musicianship. In order to make money and get her family back in order, Katherine is not the “primary parent,” as the episode says, but instead is the working mom that works a ton so that she can provide for Eddie and their son. At the end of the episode, viewers learn that Delilah is pregnant, likely with Eddie's child, which means that their relationship, in any form, is only about to get more complicated.

Up until this point, Katherine has just resigned herself to the fact that she deserves to miss so much of her son’s life because she works so much. It’s just part of the tradeoff — she is the “tree,” as she tells her son, and sometimes, those background trees, well, they hold everything up without any perks or stardom. Katherine suffers so everyone around her can flourish.

Except Eddie hasn’t been holding up his end of the bargain, and she’s not sacrificing herself so he can make a fool out of her. Though Eddie does one last nice thing for Katherine in stalling so she can see the school play, it finally clicks for Katherine — she is going to choose her son and her own livelihood over her meddling, cheating husband, who might now be fathering another child.

Women are great at internalizing the inconveniences and problems of their world — they must be everything to all people at all times, hence why Katherine is so upset at missing this particular school play. While the world judges mothers (and working mothers, at that) so harshly, there is no judgment like a mother’s own to her own skills. Katherine probably figured she deserved to be punished because she missed so much of her son’s upbringing.

But by letting go of Eddie, Katherine is letting go — or trying to — of these internal judgments. And she will likely also have to let go of her friendships and Eddie. Katherine is willing to sacrifice for her son, but not for a man that she’s been constantly cleaning up after for the better part of a decade. Now, Katherine knows she deserves better than what Eddie is offering, which is nothing but a big mess in which their is no room for her feelings.

Hopefully, viewers get to see more of Katherine as the season progresses. Because it would be shame to waste such a strong storyline about a main female character trying to salvage friendships, her marriage, and learning how to move forward just in the name of some plot device to free up Eddie for Delilah's baby. Only time will tell.