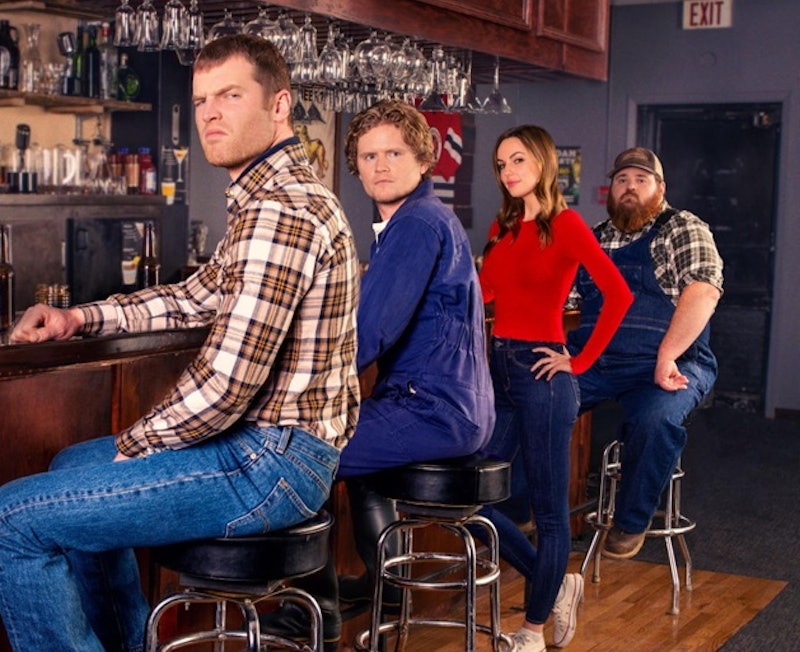 Canadian comedy is the gift that keeps on giving. The nation that produced such comedy legends as John Candy, Martin Short, Jim Carrey, and Mike Myers has unsurprisingly begun to dominate the TV sitcom landscape over the past few years. Emmy-winning Schitt's Creek has naturally earned the lion's share of the praise here in the U.S., but with the series coming to an end in 2020, Hulu's Letterkenny will carry the torch as the standard-bearer for Canuck comedy south of the border. The series gave Americans a gift this year by debuting its ninth season on Christmas day, but will Letterkenny return for season 10?

This year has been terrible, but luckily, two beloved Canadian sitcoms going off the air isn't on the cursed 2020 bingo card. Letterkenny will be back for a tenth season, and just for good measure, Season 11 is in the works, too. Executive producer Mark Montefiore spilled the beans on the show's future in a September interview with sudbury.com. Apparently, the show was scheduled to begin shooting season 10 in August but had to postpone production due to COVID-19. "Unfortunately, we had to push our production from this year to next year because of COVID-related insurance issues," Montefiore told the publication, adding that the current plan is to film seasons 10 and 11 back-to-back — assuming the show is cleared for production. "The scripts are amazing. This is going to be one of the best seasons yet," the EP continued, presumably referring to season 10.

Letterkenny, which initially debuted on the Canadian network Crave, became a Hulu Original in 2019 with Season 7. Since then, the cult-favorite series about the titular small farming town has had a significant uptick in interest abroad, with an ever-increasing number of international critics singing the show's praises and lauding it as a television masterpiece. That buzz around the series is unlikely to subside any time soon with two more seasons on the way.

So you can breathe a sigh of relief, all you hicks and skids fans, because it sounds like Letterkenny is going to make it out of 2020 just fine and keep that Canadian comedy train rolling into 2021.