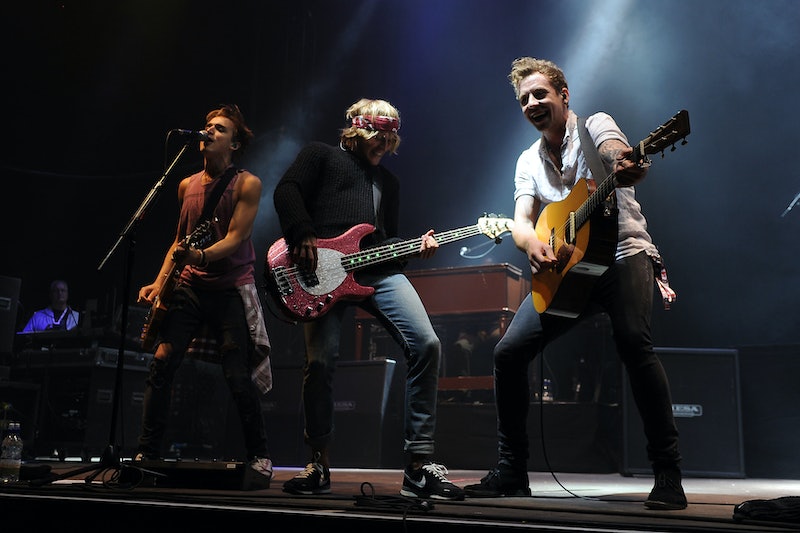 Good news, boy band fans: McFly are back. The band has signed their first record deal since 2009, prompting fans to dig out their favourite early Noughties hits such as All About You, Star Girl and 5 Colours In Her Hair. In light of the news of this gift to pop, will there be a McFly tour in 2021?

The band, which formed in 2003, had been on their The Anthology tour in 2016 – a sort of “Best of” tour where the band played hits from all five of their previous albums to audiences in Glasgow, Birmingham, Manchester and London – but announced on Twitter in March 2018 that they would be focussing on solo projects for the time being.

“There was a strong possibility McFly would never happen again,” singer Tom Fletcher told the BBC. “We genuinely didn’t know how to get back on track.” The pop sensations have had numerous hiatuses as the group have worked on other projects over the years, – Fletcher and bassist Dougie Poynter released a successful series of children’s books, and guitarist Danny Jones went on to write and produced records for artists including Rhianna and One Direction – but returned to the stage at London's O2 Arena in November 2019. The gigs sold out in minutes and sparked rumours of plans for a national tour this year which were ultimately scuppered by the Coronavirus outbreak.

“That was the start of the next chapter,” Fletcher told the BBC. Re-energised by the sold-out O2 Arena gigs, the band released a number of “lost” tracks and old recordings for fans, and booked into a recording studio for two months at the start of 2020. The album was nearly finished by the time the band signed a record contract with the German-owned BMG, known for working with artists such as Kylie Minogue, Avril Lavigne and David Bowie. With a new album on the way, and the backing of such an experienced label, there’s once again hope that a McFly tour is on the cards again for 2021.

The first taste of McFly's new material will land later this month (July). Whilst the name of the comeback record is still under wraps, die-hard fans can expect the crowd pleasing, upbeat material that they know and love, only this time with a “festival vibe” inspired by the band's huge South American following. The carnivalesque riff has “that hands-in-the-air feeling about it, like when you're drunk or you're having a barbecue,” Jones told the BBC. “You can put it on and your kids will dance to it, your wife will dance to it, your granddad, everybody. Even the lads can get involved, the football crowd. I could really hear it on the Fifa soundtrack.” There's even a samba sample thrown in for good measure. At least if you can’t get to a festival this year, McFly has brought the festival to you.