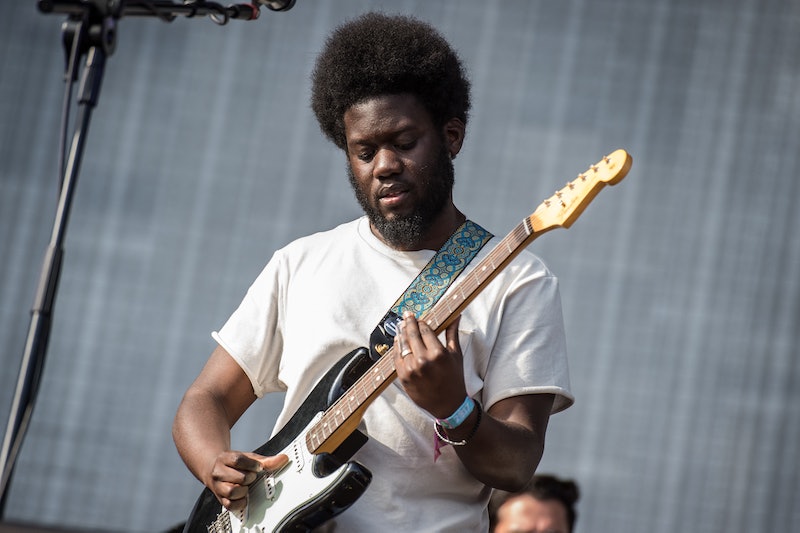 Last night (Sept. 25), it was announced that Michael Kiwanuka had won the prestigious 2020 Mercury Music Prize. The soul singer beat the likes of Dua Lipa's Future Nostalgia and Stormzy's Heavy Is The Head to win the £25,000 award for his critically acclaimed album Kiwanuka. Following the exciting prize announcement on Friday, many began speculating whether Michael Kiwanuka will be touring the UK in 2021 (COVID allowing, of course). So, is there any news on future gigs? Let's friend out.

Great news. According to his website, the Home Again singer will be venturing on a UK tour in 2021. Starting at Glasgow's 02 Academy March. 26, 2021, the BRIT nominee will grace Manchester's O2 Apollo, Leeds, Leicester, Blackpool, and more — he'll close out the ten-date tour at London's Brixton Academy, on April, 6. 2021. For those already making optimistic 2021 plans, you can grab tickets from Kiwanuka's website.

Kiwanuka was originally tipped to play a variety of festivals this summer including the 2020 Green Man Festival. However, COVID-19 restrictions meant fans lost out on the opportunity to see Kiwanuka in his element.

In an Instagram posted today, the singer described his Mercury victory as a "dream come true."

The accolade has been a long time coming for the artist who had been nominated for the prize twice in previous years. He told the BBC that the news has "blown" his mind. "Music is all I've ever wanted to do, so I'm over the moon," he shared.

While he released his eponymous album to rave reviews last November, Kiwanuka said he was surprised by the acknowledgment. Speaking to BBC 6 Music he said, "I was kind of resigned to the fact [that] if I don't win one this year, probably I'll never win one."

The 32-year-old first learned of his victory when he was surprised by DJ Annie Mac on the way to a Jools Holland interview.

The sweet moment captured the hearts of fans who also believed it was due time for Kiwanuka to win the award. "Such an incredibly worthy winner as an album & also all round wonderful human!" tweeted on fan.

Kiwanunka's third album Kiwanuka is described as "politicised soul" and themes span his own experiences to today's current climate and racial tensions.