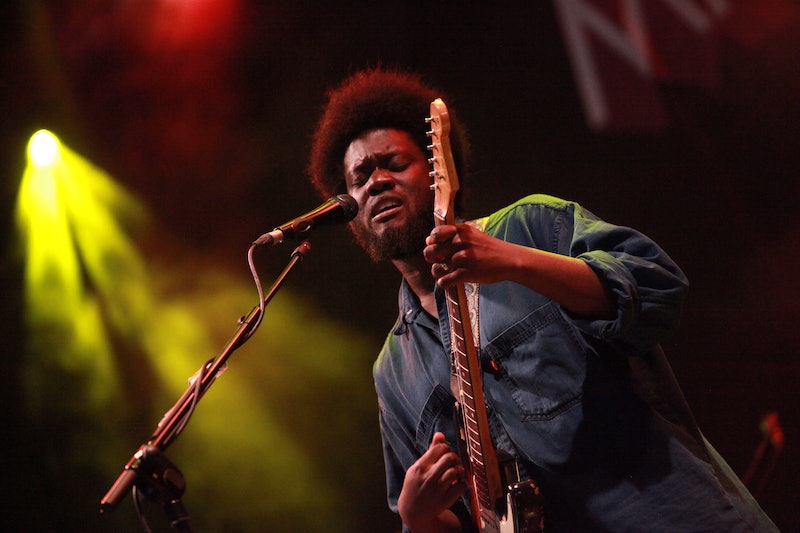 Singer-songwriter Michael Kiwanuka burst onto the music scene back in 2012 following the release of his debut album, Home Again, and after two equally-successful follow up records — both of which stormed straight into the UK album chart Top 10 — the singer has become an undisputed force in British music. But will Michael Kiwanuka tour the UK in 2020?

Well, fans of the BRIT Award nominee are in luck, because Kiwanuka will indeed be embarking on a UK tour this year. According to his official website, Kiwanuka's 10-date UK leg kicks off on Sunday, March 1 at the O2 Academy in Birmingham. The string of shows will then continue onto other major cities across the country, including Manchester, Leeds, Newcastle, and more — before wrapping up on Saturday, March 14 at The Barrowland Ballroom in Glasgow. You can nab yourself some tickets via the singer's official website, however, many shows are currently listed as sold-out, so fingers crossed more tickets or some extra dates are announced soon.

And, according to the Metro, fans will also have the chance to see Kiwanuka perform at the 2020 Green Man Festival, where he was recently announced as one of this year's headliners. The announcement was made via the festival's official Twitter account, which also revealed that in addition to Michael, Green Man will also play host to the likes of Caribou, Little Dragon, Mac DeMarco, and many more. The festival is scheduled to take place in the Brecon Beacons, Wales, between August 20 and 23 – and tickets are currently up for grabs on the Green Man Festival official website.

If news of a UK tour wasn't enough excitement for one day, it appears the award-winning vocalist has another treat in store later in the year, because as NME reports, the "Hero" singer recently announced details of an additional London show. The massive gig will be held at Alexandra Palace on November 27, 2020, and tickets for the upcoming performance are also now available. The announcement came shortly after Kiwanuka's self-titled third album hit the shelves, and during a press release last year, the singer described his latest LP as being "more about feeling comfortable in who I am and asking what I want to say."

Elsewhere, Kiwanuka is set to be a major player at the 40th annual BRIT Awards, after being handed two nominations in the Male Solo Artist and Mastercard Album of the Year categories. So, it seems Kiwanuka has a very busy year ahead, and I can't wait to see what else the "Home Again" singer has in the pipeline.