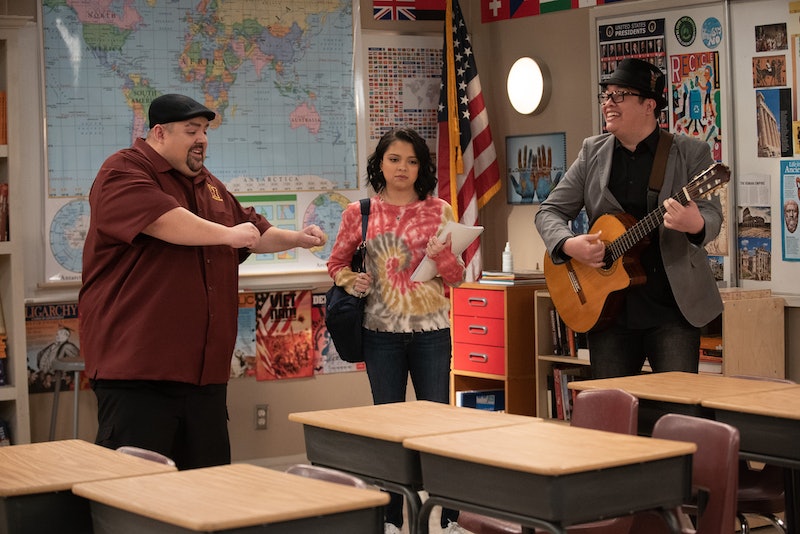 In real life, Gabriel Iglesias is used to performing in front of an audience, but in Mr. Iglesias, his stage is a classroom. The Netflix sitcom follows Iglesias' Gabe, a high school history teacher who's determined to engage his class of misfit students while juggling his own personal struggles. Both hilarious and heartwarming, the series quickly found a fan base for a second season, which was subsequently split into Parts 2 and 3. While Netflix has yet to announce if Mr. Iglesias will return for Part 4 (aka Season 3), Iglesias already has plans for future storylines, which could include the pandemic.

When TV Insider asked if he'd ever want Mr. Iglesias to tackle distanced learning, Iglesias said "absolutely." The show is filmed in front of a live studio audience, though, so it could be "at least another six months" before the team even begins production. The pandemic has proved to be a challenge for the show, but Iglesias does see a COVID-19 plotline working well. "Gabe would be as optimistic as possible trying to find the silver lining," he said. "I see a lot of the teachers doing their Zoom classes and finding ways to keep it fun and entertaining. He would make sure the mood would be a positive one — unless he was talking to his buddy on the show Tony (Jacob Vargas), of course. Then it would be talking to his confidant where he can say, 'This Zoom thing sucks.'"

Netflix is known for canceling shows after two seasons, but the lead actor has always been hopeful that Mr. Iglesias would have at least three seasons. "We were just talking about that the other day," he explained to the Los Angeles Daily News when Part 2 debuted in June. "It would be awesome to at least get three [seasons]. If we can get three, I would be happy. If that’s as far as we got, it would be good."

The comedian never imagined himself as a TV actor, and he joked to the outlet that filming takes a different kind of toll than performing stand-up. "I hate it. I hate the hours," he said with a laugh. "People say, 'Don’t you love it?' No… I’m not gonna lie. I go on stage one hour a night, maybe two, and call it a night. With this one, you gotta get your rest, you gotta sleep, you gotta hydrate. This takes a lot of work, so I don't envy actors."

Even though it's not where he imagined his career would take him, Iglesias still won over viewers with his earnest portrayal of a passionate teacher trying his best for his students. "3 seasons would be awesome! Why stop there, though? Let's give @Fluffyguy , the @MrIglesiasWR and the rest of this magnificent cast at least 10 more years of this wonderful show," wrote one fan on Twitter. Other fans have chimed in on the show writer's Twitter page, noting that Gabe reminds them of "one of their favorite teachers" and that the show has plenty of "teachable moments."

Iglesias mentioned to TV Insider that he doesn't really want to do any Zoom or drive-in comedy shows, so it seems like his focus really is on Mr. Iglesias for the foreseeable future. Perhaps his recent interviews and praise from fans will bode well for a show renewal.