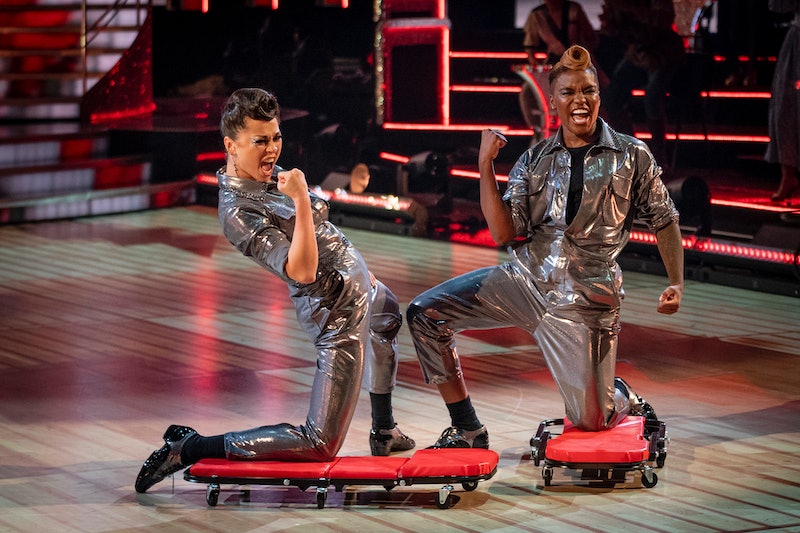 Fans of Strictly were devastated to learn last week that former Olympic boxer Nicola Adams was dropping out of the contest after her partner Katya Jones contracted COVID-19. After being forced to exit the competition, both Adams and Jones were told to isolate separately, and expressed their heartbreak and regret over leaving the dance floor. Luckily, however, there's been good news today as the BBC has revealed that Nicola and Katya are returning to Strictly – but it may not be in the way you think.

Speaking to Zoe Ball on It Takes Two, Adams explained that she and Katya "will be coming back."

“It was a little frustrating not being able to continue when I’d just got back into the swing of things and felt like I was enjoying the dancing and everything. But the [coronavirus] rules are in place to keep everybody safe so I’m doing my part," she told her, before adding: “As my saying goes, I do like doing the most. Me and Katya will be coming back.”

Quick to clarify the comments, host Ball explained that this sadly does not mean Adams would be allowed to compete again.

"She's such a little tease. They're going to dance. I can't tell you any more," she interjected.

It's so far unclear what exactly this means, but some have speculated the couple may just be returning after their isolation period for a one-off dance of some form.

The couple were forced to exit the dancing competition after it was announced on Nov. 12 that Katya Jones had tested positive for the coronavirus. "I’m absolutely devastated my Strictly journey has come to an end so soon. I had so much more to give and so many people to win this for!" Adams said of the news at the time.

Whatever format Adams and Jones' return comes in, I for one cannot wait to see the duo come back to the dance floor for a well-earned moment in the spotlight!