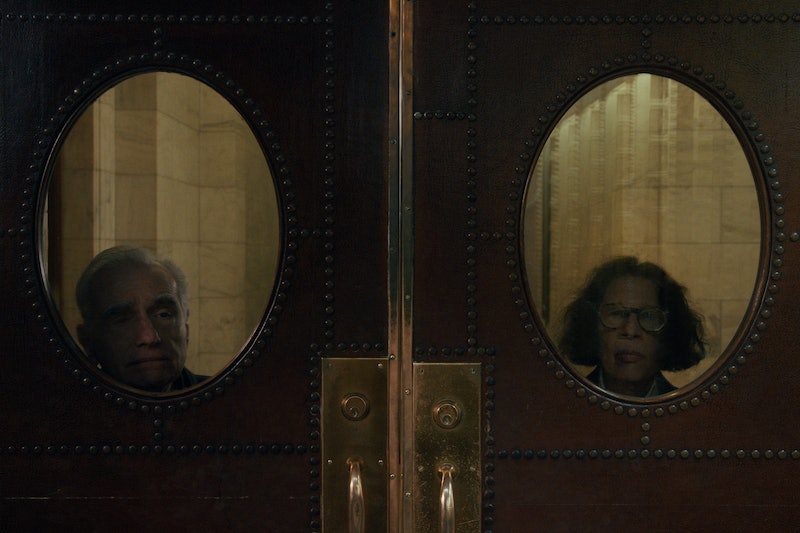 Netflix's latest docuseries, Pretend It's a City, is a love letter to New York. Directed by Martin Scorsese, the seven-part docuseries focuses on his good friend, Fran Lebowitz. The critic, essayist, and public speaker has is known for being unapologetically opinionated. Lebowitz, the series' official synopsis says, "has raised straight talk to an art form, packaging her no-nonsense observations about the city and its denizens into a punchy running commentary, one that spares nobody." Each episode is loosely centered on a very NYC subject, like tourists, money, the arts, navigating the subways, and the correct way of walking in Times Square. But with only seven, half-hour episodes, Scorsese and Lebowitz leave us wanting more. So will Pretend It's A City return for a Season 2?

While there have been no plans announced for a second season of Pretend It's a City, the series is already a sequel of sorts. Scorsese's 2010 documentary film Public Speaking is practically Part 1 of this filmmaking adventure. That film followed Lebowitz as she took on more speaking engagements after writing less, and followed a similar format to the new Netflix series.

As Scorsese details, he had originally planned for Public Speaking to be broken up into episodes. But HBO wanted a film so moved forward with making a feature length documentary. But when the duo got the opportunity to film more for Netflix, they made sure to make an episodic series. "And, of course, make it funny. You know, emphasize the absurdity — that feeling of things being so bad that all you can do laugh," Scorsese also told Rolling Stone.

So while there doesn't sound like there are any firm plans for another season of Pretend It's a City, you can always check out Public Speaking for more Marty and Fran fun. And based on the sheer amount of fun Scorsese seems to have had while making Pretend It's a City — he quite literally laughs his way through each episode — he could always find another project for them to work on together.

More like this
The Mysterious Gunther Corporation From 'Gunther’s Millions' Has Dissolved
By Brad Witter
Pamela Anderson Is Still A Hopeless Romantic
By Ilana Kaplan
The 'Freeridge' Cast Shared Their Hopes For A Potential Season 2
By Grace Wehniainen
You Might Want To Rewatch This Key 'On My Block' Scene To Understand 'Freeridge'
By Grace Wehniainen
Get Even More From Bustle — Sign Up For The Newsletter
From hair trends to relationship advice, our daily newsletter has everything you need to sound like a person who’s on TikTok, even if you aren’t.