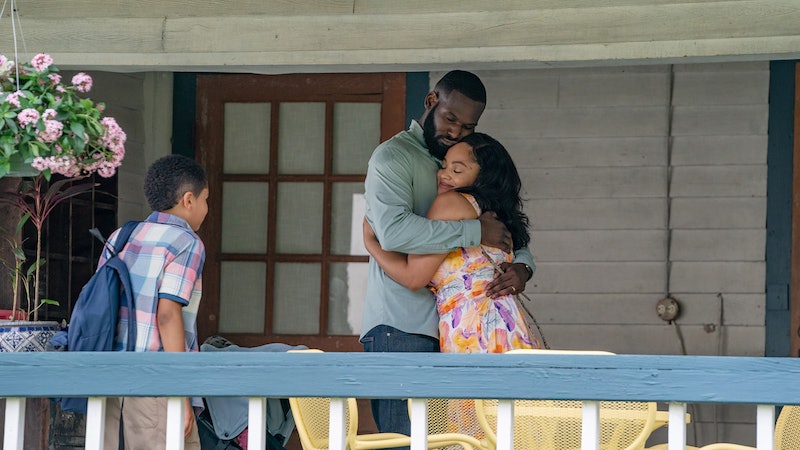 After seven seasons, the Queen Sugar series finale found the Bordelons facing off against the Landrys in a final fight for their land. When OWN announced in November 2021 that Queen Sugar’s seventh season would be its last, its creator Ava DuVernay didn’t know exactly how she was going to reach the “end of the journey.”

Even heading into the final episode, DuVernay admitted in a pre-finale interview with Deadline that they “had a lot to tie up.” She even cited such loose ends as Micah (Nicholas L. Ashe) and his mother, Nova (Rutina Wesley), and Dominic (McKinley Freeman) “coming to the end of their journey” and figuring out what comes next. Hollywood (Omar Dorsey) and Vi (Tina Lifford) would also need to find a new beginning “without there being big, crazy twists and turns.”

That’s the route she ultimately decided to go in the Nov. 29 series finale. DuVernay, who also directed the finale, elaborated, “What I hope for the finale is just a beautiful, satisfying culmination of these stories, where you get to the end, and you feel like, right, okay, got it. This is what they’re doing next. You know, it was really satisfying, but it was also trying to have restraint in not conjuring a bunch of conflict and crazy stuff, just to end it. Just to let it be a kind of a beautiful unfolding, and let them all go on with their lives from after we’ve been observing them for seven seasons.”

Just as the Bordelons did within their own family, DuVernay has also considered Queen Sugar’s legacy. After premiering in September 2016, the series, which follows siblings Nova, Ralph Angel (Kofi Siriboe), and Charley (Dawn-Lyen Gardner), has tackled such topics as intergenerational trauma, police brutality, and substance abuse. With seven total seasons, Queen Sugar is also one of the longest-running dramas centered on a Black family.

“We wanted to assert the idea of the American family as Black, as powerfully and as authentically as possible, and to put a Black family in the canon of American family dramas. From The Waltons to Thirtysomething to The Sopranos — all are dramas around family but never Black ones,” DuVernay shared in a September interview with The New York Times. “If you’re going to see a Black family on television, it’s going to have comedic overtones or it’s going to be something historical. So in the writers’ room, we always talked about the idea of contemporary Black family and Queen Sugar as a time capsule for Black people at this time.”

More like this
The 'New Amsterdam' Series Finale Opens An “Unexpected” Door To The Future
By Brad Witter
The 'Hunters' Creator Wanted The Series Finale To Serve As A "Catharsis"
By Brad Witter
The Song At The End Of 'The Last Of Us' Ep 1 Has A Deeper Meaning
By Sophie McEvoy
Here’s Why Danny Masterson’s Hyde Isn’t In 'That '90s Show'
By Brad Witter
Get Even More From Bustle — Sign Up For The Newsletter
From hair trends to relationship advice, our daily newsletter has everything you need to sound like a person who’s on TikTok, even if you aren’t.