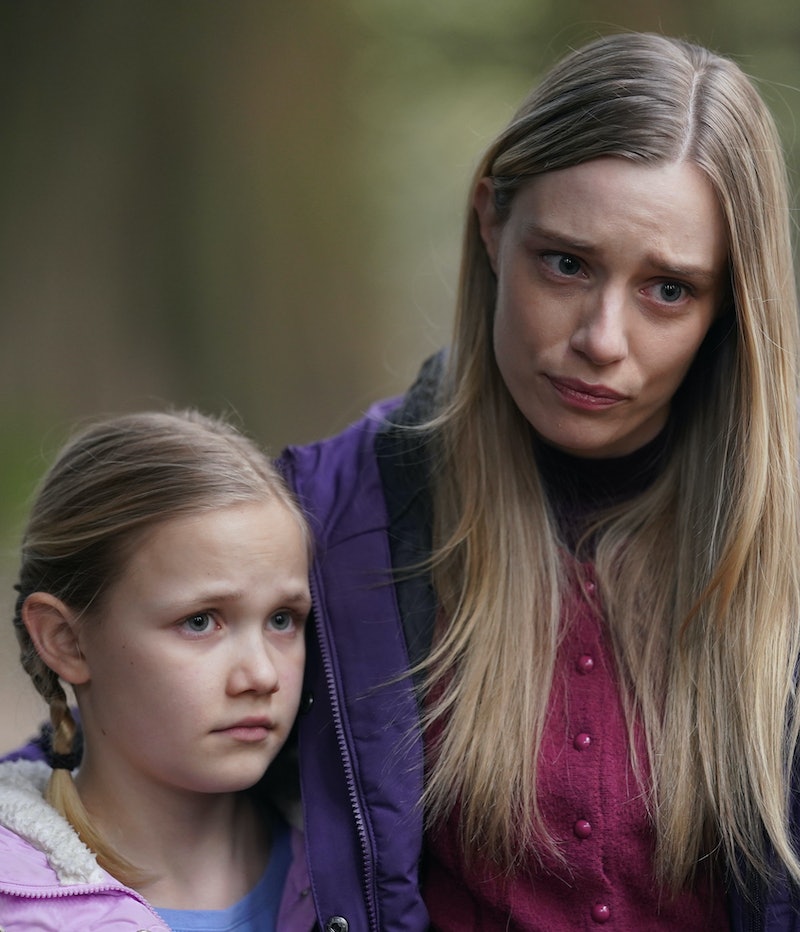 Spoilers ahead for Big Sky Season 1, Episode 14. Being nosy only gets you into trouble on Big Sky, and Scarlet’s daughter Phoebe may be about to learn that the hard way. At the end of the May 4 episode, Phoebe stumbles into the woods outside of their campground and finds Ronald burying the dead body of her Aunt Mary. If the 10-year-old understands what she’s seeing, she could be a loose end that Ronald will need to tie up. But if he kills Phoebe, he’ll probably also have to kill her mom, and that will only make things messier.

Ronald seems to genuinely like Scarlet and Phoebe, but he’s already killed people he’s loved in order to protect himself. He’s not unlike the predators in the forest that he told Phoebe about. He explained to her that it’s in many animals’ natures to kill to stay alive, and that metaphor could foreshadow that he’ll do the same if backed into a corner. “We should be very, very worried for [Scarlet],” executive producer Ross Fineman previously told Entertainment Weekly. “[Ronald] should not be trusted. He can’t turn over a new leaf because it’s not in his capacity to do so ... But the woman he’s living with has a child. They should be worried. And you should be worried for them.”

Ronald may not even wind up intentionally killing Scarlet or Phoebe, but he could fly into a rage and snap like we’ve seen him do in the past. “He has done things before where he’s had relationships, and he doesn't know how to be a normal person,” Fineman said.

It seems hard to imagine that Ronald will get out of this situation without resorting to murder, but maybe he’ll be able to explain the scene at the campground in a way that satisfies Phoebe and stops her from asking questions. There is confirmation that Scarlet will survive — at least for now — as the May 18 episode synopsis suggests that she and Ronald are still very much together. “[The detectives] finally get to see Ronald behind bars, though he quickly strips them of any satisfaction by leading them on a wild goose chase ... clearing a path for Scarlet and Ronald to escape ... into the sunset,” it reads.

Of course, Phoebe isn’t mentioned in the synopsis, which could hint that she’s not running off into the sunset with her mom and Ronald. But it seems unimaginable that Scarlet would run off without her daughter or with the guy who harmed her.

Unfortunately, there aren’t any clues to be gleaned about Scarlet and Phoebe’s fate from the books Big Sky is based on. Though the recent episodes loosely follow the plot of C.J. Box’s The Bitterroots, Scarlet and Phoebe appear to be original characters to the show. Ronald seems to want to do better with his new family, but he has an unpredictable temper and the mentality of always putting himself first. Ultimately, it will come down to whether or not he can talk his way out of this predicament with Phoebe.