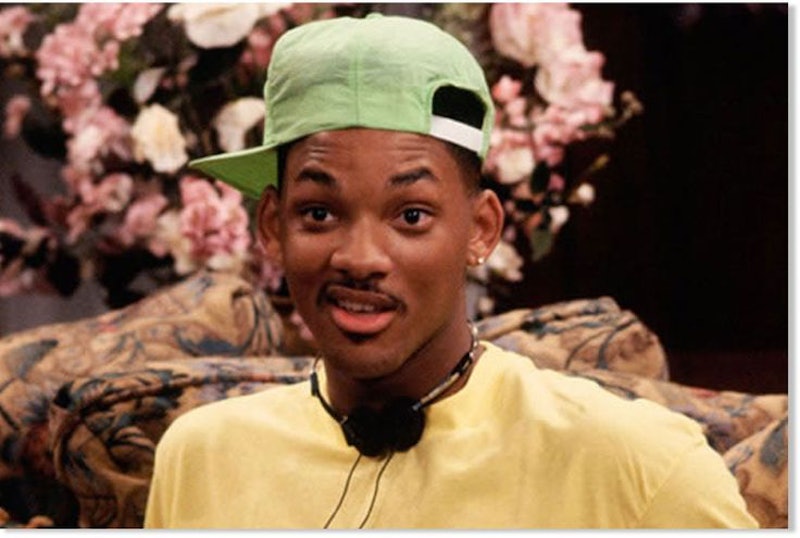 Whether he made you dissolve into hysterics or completely cringe, there’s no denying that Will’s Fresh Prince Of Bel-Air pick up lines painted him as a silver-tongued devil. He also wasn't afraid to approach women and creatively express the feelings that they inspired in him, which won him as many eye rolls as it did dates. As a result, Will Smith's pick-up lines on Fresh Prince have remained something of a TV legend. Though there's plenty about the show which is memorable and easily iconic, it's Will's (frequently deluded) belief in his ability to be suave, charming, and capable of winning the hearts of any woman that gave fans a good lesson in what not to do to get a date.

In real life, nobody likes being hit on by someone who thinks a whole lot of themselves and clearly just can't take the hint. But, in the universe of the show, Will's arrogance was what made his Fresh Prince pick-up lines so funny. The forthcoming reboot of The Fresh Prince of Bel-Air is likely to take a different tack, with Alfonso Ribeiro, who played Carlton in the show’s six year run, calling it a “reimagining” of the 1990s universe. Bel-Air, which has been green lit for two seasons on Peacock, came about after Morgan Cooper created a trailer in which the show’s central premise — Will being sent to live with his aunt and uncle in Bel-Air — is reimagined as a drama, not a comedy. While fans of the show still have some time to wait before being transported into this new world, the 1990s version of the show still provides much to enjoy.So, for the memories, here are 18 of Will's most ridiculous pick-up lines from Fresh Prince. I don't suggest trying these at home.

1. The Pick-Up Line Where Things Got Wordy

The Line: "I think I've seen your picture somewhere before. Oh yeah, that's right. It was in the dictionary next to Kablam!"

Ridiculous Rating: It's not quite off the scale but it's pretty close to it. But also, it's stupendous for its silliness.

2. The Pick-Up Line That Was Honestly Nonsensical

The Line: "Hey girl, you look so good I'd marry your brother just to get in your family."

Ridiculous Rating: So ridiculous that it comes with its own over-sized set of question marks and pronounced, screeching alarm bells. It's just plain weird.

3. The Pick-Up Line Which Was Actually Pretty Sweet

The Line: "Girl, if God made anything prettier than you I hope he kept it for himself."

4. The Pick-Up Line Where He Divulged The Secret "Recipe" For Love

The Line: "Girl, I got to tell you. That suit look like a piece of 'good God' wrapped in some 'have mercy' with a side of 'unghm'!"

Ridiculous Rating: Considering that he's basically suggesting saying that the woman is some kind of a beauty burrito hand rolled by God, it's equal measures of innovative and intriguing.

5. The Pick-Up Line Where Things Got Biblical

The Line: "I guess I can kiss heaven goodbye... because it's gotta be a sin to look that good."

Ridiculous Rating: This one's pretty basic and it also provides the woman with the perfect comeback to say, "Yeah, well you can also kiss your chance to talk to me goodbye, whilst we're at it."

6. The Pick-Up Line Where He Took His "Studies" Super Seriously

The Line: "Damn, I'm almost ready for the test"

Ridiculous Rating: Call me crazy, but there's something about having the happy-fun times of your physical being compared to the drab, panic-inducing torment of an exam that hardly has me puckering up for someone.

The Line: "Somebody call the cops, 'cause it's got to be illegal to look that good."

Ridiculous Rating: As far as Will's pick-up lines go, this one feels slightly reserved by comparison.

8. The Pick-Up Line Where Things Got Thirsty

The Line: "Baby, whatever it is that you serving, you better give me a double."

Ridiculous Rating: It's just vague enough to still maintain some elusive charm, but it's also just the right amount of cheeky.

9. The Pick-Up Line That Includes A Trojan Horse Of An Apology

The Line: "I'd just like to apologize on behalf of my gender."

Ridiculous Rating: This is probably Will's most intelligent pick up line ever, but don't let yourself be fooled by the sentiment. It might sound sincere and exactly the sort of statement you want to be hearing from a guy, but look at his mischievous little face. That line is loaded with weird, flirtatious subtext.

10. The Pick-Up Line That He Explains

The Line: "If I told you you had a beautiful body, would you hold it against me? Get it? It's a double entendre... Savez-vous?"

Ridiculous Rating: It's an effective pick-up line is much like telling a great joke — if you have to explain it, then it hasn't worked.

11. The Pick-Up Line Where He Glares

The Line: Not so much a line, as a pair of glaring, sincere eyes.

12. The Pick-Up Line Which He Got Read For

The Line: When a woman that he's trying to pick up at Bel-Air Academy tells him, "Maybe you should try talking to me like a human being. OK? Got it?" Will replied, "Actually baby, you got it, but I take donations."

Ridiculous Rating: I barely even know where to start.

13. The Pick-Up Line When He Was A Sad Puppy

The Line: None. He literally acts like a sad puppy.

Ridiculous Rating: They should put this pose in the dictionary next to the word "puppy."

The Line: "Baby, I'm sayin' bing bang bluesy, me and you in the Jacuzzi."

15. The Pick-Up Line Where He Went Supremely Cocky

The Line: "Why don't you hurry up and write your number down before I don't want it no more."

Ridiculous Rating: Is it totally foolhardy? Oh yeah. Will such a line likely backfire in the majority of occasions it's ever used? Without a doubt.

The Line: "I noticed you noticing me, so I just wanted to put you on notice... that I notice you too."

Ridiculous Rating: I don't even understand this one.

17. The Pick-Up Line For Plant Moms

The Line: "Girl, you look so good I wish I could plant you and grow a whole field of y'all."

18. The Pick-Up Line Including A Third Wheel

The Line: "What do you say the three of us get together this weekend? You, me and your red tube top..."

Ridiculous Rating: Listen, everyone knows how a date with a third wheel ends. They get removed from the situation pretty quickly. I'm onto you, Will.

Did any of those lines happen to work on you? No? Shocking stuff. But at the very least I suspect that you probably enjoyed a good giggle. So, here's to you, Will — you might not have been a charmer, but damn, were you funny.

This article was originally published on Sep. 26, 2016