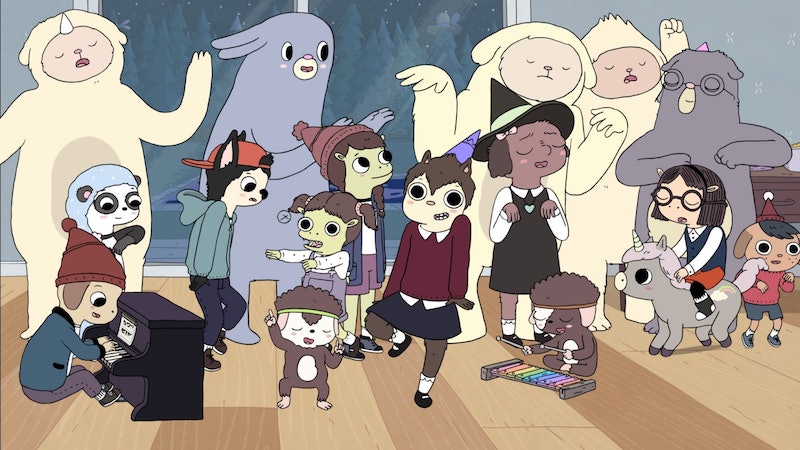 Though many TV and movie productions have been upended and delayed due to the Covid-19 pandemic, animated works have been the exception. With the ability to be more easily produced while adhering to coronavirus guidelines than live-action works, animation has flourished during the pandemic. Take the HBO Max series Summer Camp Island, for example. The series debuted with not one but two seasons in 2020, meaning that there's already speculation that Summer Camp Island Season 4 could happen in the new year.

The series debuted on Cartoon Network in 2018 but moved to HBO Max, where it flourished this year. Season 2 of the show, which chronicles BFFs Oscar and Hedgehog's adventures at a magical summer camp, was greeted with great fanfare on June 18, 2020, when all 20 episodes dropping at once. Then in November, HBO Max announced that the show was coming back for a special 12-episode third season before the end of the year. The new season consists of three four-episode arcs, each of which premiered on Dec. 10, Dec. 17, and Dec. 24. And the show's new streaming home hasn't been shy about sharing its love for the comedy either. After the Season 3 renewal announcement, the official HBO Max Twitter account tweeted, "I don't know if any other show warms my heart the way Summer Camp Island does."

HBO Max may love Summer Camp Island (or, at least, whoever's running the platform's social media accounts is a fan), but it's going to take more than positive tweets to secure a fourth season renewal. Luckily for Summer Camp Island, other factors might help. One is the nature of HBO Max itself. As the expensive new kid on the streaming block, HBO Max theoretically needs a lot of exclusive content if it wants to compete with the likes of Netflix and Disney+, and canceling one of its few original series isn't the best way to go about doing that. In fact, HBO Max has been extremely cancel-shy in its early days, with TVScorecards.com reporting that the service has yet to cancel a single series from its 2020 originals lineup. And with an increasing number of glowing reviews popping up as of late, it certainly doesn't look like Summer Camp Island will be the first to get the ax.

It's too early to tell if Summer Camp Island will be back for Season 4, but given the success the series has had so far, it shouldn't take a magic spell from any camp counselor witches to make it happen.