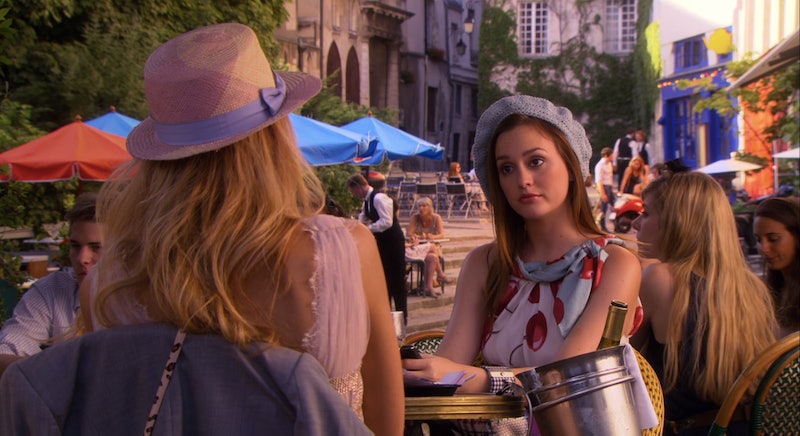 If you're stressing over the upcoming holiday season, craving hibernation as the temperatures dip, or denying the fact that 2019 is ending, your savior is coming soon in the form of yet another streaming service launching next year. There's already HBO GO, HBO Now, MAX GO, and now, WarnerMedia is bringing you HBO Max. Details are still being released, but there are a few key things you should know about HBO Max before it hits screens in 2020.

Audiences can look forward to new originals like the Gossip Girl revival, a Grease spin-off, and a documentary following Amy Schumer's pregnancy, among many others. Oldie-but-goodie shows and movies — like Friends and The Fresh Prince of Bel-Air — will also migrate from their networks to a new home on HBO Max.

Amazon, HBO, and Netflix are carving out a large footprint in the entertainment industry by winning big at award shows and even prompting movie theaters to launch their own streaming services. To decide which streaming service is best for you, factors to consider include cost and variety and quality of content. While new info continues to come out, keep reading to find out what's confirmed so far about an HBO Max subscription.

When Does HBO Max Launch?

HBO Max will officially launch on May 27, 2020, with a slate of original content and a library of movies and TV shows available to stream, including Friends, Doctor Who, and The O.C.

How Much Does HBO Max Cost?

A WarnerMedia press release announced that a monthly subscription will cost $14.99 per month, which is the same price as a HBO NOW subscription. However, there's good news for customers who meet certain terms. Users "who subscribed directly through HBONow.com will also have access to Warner Media’s HBO Max product." If you're an AT&T customer "on premium video, mobile and broadband services," there will be available bundles included with no extra charge.

So far, there's no word on whether HBO Max will offer a student rate or multiple subscription levels, so for those on a budget, hang tight. Currently, some American universities and colleges offer HBO GO if students reside in on-campus housing, so you can remain hopeful that it will be the same case for HBO Max.

Stay tuned for details on how you can sign up for HBO Max, since that information is not yet available.

Do I Need WiFi To Use HBO Max?

WarnerMedia has confirmed that HBO Max will offer a downloads feature so you can view your favorite content offline.

What Can I Watch On HBO Max?

Get hyped because HBO Max will combine content from WarnerMedia's companies, including "Warner Bros., New Line, DC, CNN, TNT, TBS, truTV, Turner Classic Movies, Cartoon Network, Adult Swim, Crunchyroll, Rooster Teeth, Looney Tunes and more." With the launch, there will be 10,000 hours of content immediately available. Bringing some serious '90s nostalgia, the service fought for the rights to stream all episodes of Friends and The Fresh Prince of Bel-Air. Drama series like Game of Thrones, Pretty Little Liars, and Big Little Lies will also be included in this expanded content library.

In what seems like proof of their commitment to a "diverse array of talented storytellers," WarnerMedia recently announced that Elizabeth Banks, Issa Rae, and Mindy Kaling will each be producing new shows for the streaming service. Banks' series will revolve around DC comic book characters, Kaling's work will center on college freshmen, and Rae will help produce a series on a female rap group trying to make it in the music scene.

HBO Max will also feature new originals like revival of the Gossip Girl series, which is finally coming to fruition after years of rumors. So far, the OG cast members aren't expected to make appearances, but a new crew of high schoolers will be introduced. You can also keep an eye out for the newly premiered CW series Batwoman, a musical series spin-off inspired by Grease, as well as the Riverdale spin-off Katy Keene. To see the full list of titles coming to the upcoming service, visit here.

What Devices Can I Use To Stream HBO Max?

HBO Max may follow in the footsteps of HBO NOW, which is streamable on Amazon Fire TV, Android TV, Apple TV, PlayStation4, Roku, Samsung Smart TV, and XBox One. Meanwhile, HBO GO has regulations on streaming, allowing a maximum of three simultaneous streams from one account. Potential subscribers will have to wait and see if it'll be the same for HBO Max.

Streaming competitors Disney+ and Apple TV+ are set to launch before HBO Max arrives, which gives you plenty of time to shop around, try out free trials, and reevaluate any of your current subscriptions.

More like this
'Friends' Creator Marta Kauffman Opened Up About Misgendering A Guest Character
By Grace Wehniainen
Everything To Know About The 'Pretty Little Liars' Reboot On HBO Max
By Mary Kate McGrath, Jack Irvin and Radhika Menon
Everything To Know About 'The Undeclared War' Season 2
By Rachel Mantock
What’s New On Netflix: Lana Condor’s Ghostly Comedy & A Sexy Reality Series
By Arya Roshanian
Get Even More From Bustle — Sign Up For The Newsletter

This article was originally published on Oct. 18, 2019