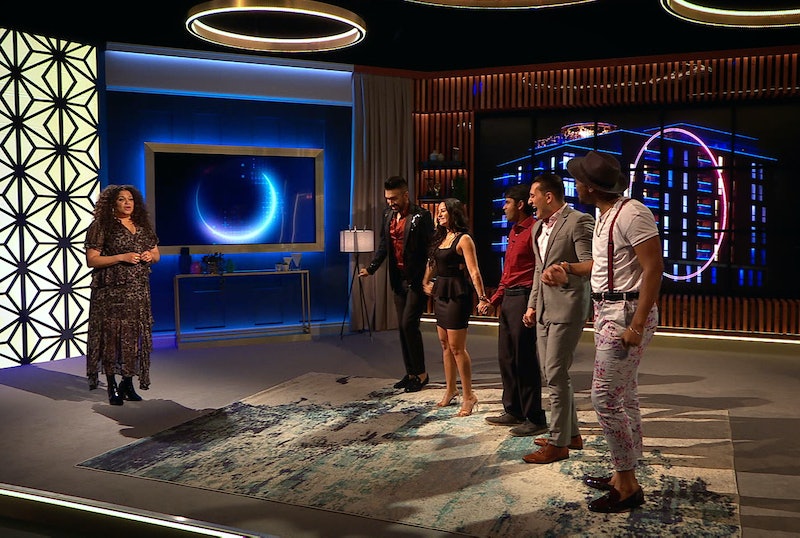 Update: Following news that The Circle has been renewed for two more seasons, Netflix announced that Season 2 will premiere on April 14. The season will air in four parts, with Episodes 1-4 coming on April 14, Episodes 5-8 on April 21, Episodes 9-12 on April 29, and the finale on May 5.

Earlier: Netflix's reality phenomenon, The Circle, follows contestants as they communicate online but never meet face-to-face, although they're all in the same building. Things got predictably wild, and The Circle audiences have been swept up in its crazy twist and turns (think Big Brother meets Catfish). But despite the show's popularity, it's too soon to tell whether The Circle will return for Season 2.

With all the buzz it's been getting, it'd be a shame if The Circle was canceled after just one season, but it may take some time for any renewal from Netflix. The series is based off a U.K. show of the same name, which premiered in September 2018. That next month, Netflix announced that it would be adapting the British reality show in three different countries, including the U.S.

Enter the American version, whose finale aired Wednesday, Jan. 15 with fan favorite Joey Sasso taking home the coveted $100,000. "I've definitely been in contact with my family about just putting a lot of money away just so I have something as a cushion," The Circle winner told Entertainment Weekly, explaining that the rest of his earnings will go towards his aspiring acting career.

Indeed, Joey quickly became a fan-favorite — albeit an unexpected one. "It was not in the cards for me and Joey to see eye-to-eye but, like Shubham, I've come to love him like a brother and would gladly participate in a pushup challenge if he asked me to," R. Eric Thomas wrote on Elle.com. "Honestly no one is more surprised by this than me."

Sasso may come off like a Jersey Shore extra, but his unabashed confidence is what fans loved so much about him. "Didn't like Joey at first...but as time goes on he's come to remind me of one of my best friends that I have," AugeanSpringCleaning wrote on Reddit. "Muscle-head, lady-chasing dumbass who comes off as asshole, but is truly a good person." Audiences also liked Stasso's friendship with Shubham, which made him more likable for some fans.

"Every single person judged me in the beginning, thinking I'm this douchebag Jersey Shore wannabe type of person, and then they got to see who I really am," Sasso told Wired. "At the end of the day, let's be honest, I'm a loud, stupid, proud idiot, and I hold it 100 percent near and dear to my heart. I get that I'm a character, and I love that people are having fun with it."

And fans certainly had fun — not just with the Joey memes, of which there are many, but with the Netflix series as a whole. The consensus among fans seems to be, "It's trash; I love it." As @princess_tayl posted on Twitter, "anybody else start watching the circle on netflix as a joke and wind up getting sucked in??" Or, as Vulture comedy editor Megh Wright wrote, "The Circle is terrible. The Circle is fantastic. The Circle is the show we deserve right now."

The Circle also deserves a second season, so hopefully the Netflix gods will give fans what they so desperately want.

More like this
Everything To Know About A Potential 'Bling Empire: New York' Season 2
By Gretchen Smail
'Love Is Blind: After The Altar' Season 3 Has A Release Date & It's Very Soon
By Grace Wehniainen
Love Is Blind’s Natalie Claims Shayne Signed Up For 'Perfect Match' While They Were “Still Together”
By Brad Witter
Brittany Snow Files For Divorce From Tyler Stanaland After 'Selling The OC' Drama
By Grace Wehniainen and Radhika Menon
Get Even More From Bustle — Sign Up For The Newsletter
From hair trends to relationship advice, our daily newsletter has everything you need to sound like a person who’s on TikTok, even if you aren’t.