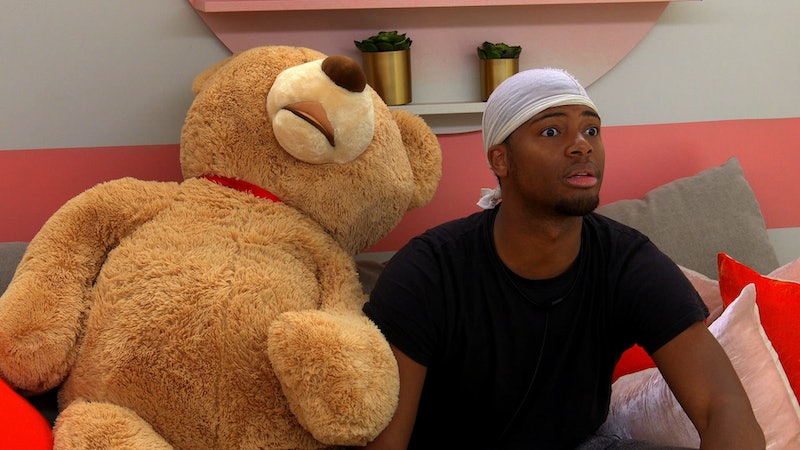 The world may be practicing social distancing right now, but for those people who are thriving in isolation, Netflix is ready to reward them with the potential of winning $100,000. On Tuesday, March 24, the streaming service announced that The Circle has been renewed for two more seasons and casting is officially open for anyone who wants to follow in the footsteps of Season 1 winner, Joey Sasso himself.

Season 1 of The Circle "challenged contestants to win over their fellow players without seeing each other in this modern social experiment competition," Netflix wrote in a press release obtained by Bustle. However, for the next installments "all new contestants and catfish" will be moving into their own tastefully-decorated apartments, "but new strategies, challenges, and twists are in store" for the lucky contestants who are hoping to use their social media prowess to win over the audience — and potentially, a massive cash prize.

According to the casting website for the Netflix show, viewers who are interested in applying for Seasons 2 and 3 of The Circle need to be at least 18 years old, and have a valid passport that allows them to travel to the United Kingdom in order to film. (Despite shots of the Chicago skyline in the US version of The Circle, the show was filmed in Manchester, England.) Right now, there's very little information beyond that available on the site, but based on the first season, it's clear Netflix is looking for people with big personalities and a convincing catfish persona.

And it's not just Americans who can apply for a future season of The Circle — Netflix has also produced a Brazilian version of the series, which is currently available to stream, as well as a French one, which will premiere on April 9. British viewers can also submit an application for the U.K. version of the series, the new season of which will likely premiere in 2021. (A celebrity version of The Circle U.K. was announced in March, with the goal of a summer 2020 premiere.)

While everyone competing on the show has to spend their time filming in total isolation, Season 1 contestant Shubham Goel revealed that he was rarely bored, thanks to the constant twists and turns of the game. "The way they designed it, with no phones and outside access, you get so immersed in the game," he told Time in January. "I brought my hobbies — I had ping pong, I was reading my book — but I was losing my hobbies as I went on."

In fact, Goel even told the outlet that he felt like his time on the show was "a vacation," thanks to the constant attention from producers. "They treated us like kings," he recalled. "They brought us food; there were people on speaker at all times; there was a therapist we could talk to whenever we wanted. ... I had nothing but positive experiences."

While Goel didn't end up winning the grand prize — that went to his good friend, bartender and actor Joey Sasso — or beat Sammie Cimarelli to the $10,000 fan favorite award, he did leave The Circle with a new, very close group of friends. "Those relationships [that we formed] are authentic and I’ll have [them] for life," he explained, revealing that the cast of Season 1 still keeps in touch. "We have a group chat on Instagram." Based on Goel's experience, there really is no reason for fans not to apply for Season 2 or 3 of The Circle themselves.