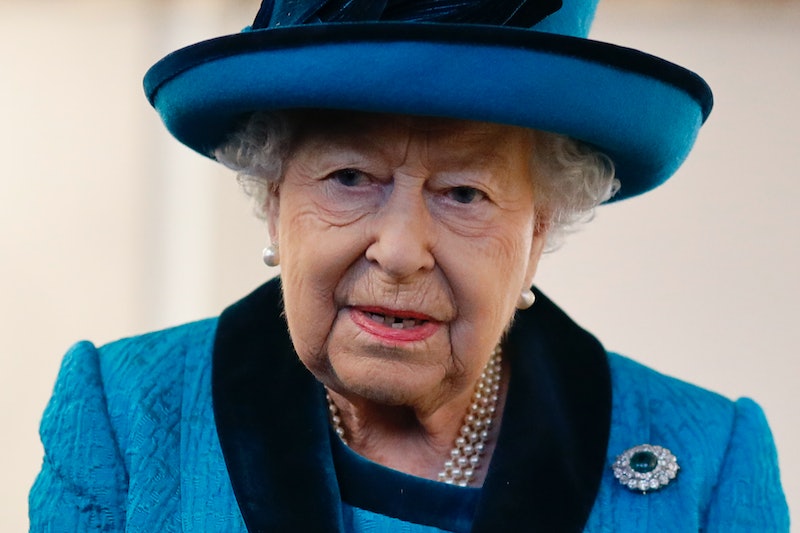 All eyes have been on the Queen over the last week as she had a recent overnight stay in hospital for “preliminary investigations” following a very busy period of royal engagements. While she may not have a ‘job’ in the most traditional sense, the Queen is still immensely busy for a 95 year old. And experts have speculated when she may take a further step back from royal duties. So, will the Queen be retiring sometime soon?

On Oct. 20, 2021, the Queen as forced to cancel a trip to Northern Ireland after being advised to rest by doctors and, a few days later, she announced that she would not be attending the COP26 conference, sending a video message instead.

The Guardian has reported that the Queen will be on a revised schedule in the coming weeks, undertaking light duties from Windsor Castle. It’s been announced that she won’t attend the Royal British Legion Festival of remembrance on Nov. 13 but does intend to go to a Remembrance Day service on Nov. 14.

While the Queen is said to be in “good spirits” and is putting on a brave face, are the events of the past few weeks a sign that she might be stepping back?

What Has The Queen Said About Retiring?

At 95 years old, the Queen is the longest-reigning monarch in English history. However, even before her coronation in 1952, the Queen made a commitment to life-long service. In a speech on her 21st birthday – six years before she officially became Queen – she said “I declare before you all that my whole life whether it be long or short shall be devoted to your service and the service of our great imperial family to which we all belong.”

During her years in power, the Queen has committed to upwards of 200 events and engagements every year. However, the number has been slowly reducing over the past few years. In 2016 she attended 332 and in 2019 it was 295. In 2020, things slowed down due to COVID-19 and the situation has remained similar in 2021.

Did Prince Philip’s Death Change Anything?

Following the death of Prince Philip in April 2021, there was some speculation as to whether the Queen would step back from her royal duties.

However, managing editor of Majesty magazine Joe Little said in the Independent, “I think, the fact the palace announced a while ago what the intention was for the Platinum Jubilee, next year, suggests she’s very much intending to be in the hot seat, at least until then. To my mind, the oath she took on coronation day is something that she will abide by to the best of her intentions until her dying day.”

Will Prince Charles Take Over If The Queen Does Retire?

The Sun reported that, before his death, the Duke of Edinburgh met with Prince Charles to discuss increasing his son’s royal responsibilities. After Prince Philip stepped back from public life in 2016, Prince Charles picked up more royal engagements and in the coming years he’s expected to play “a more significant and active role.”

Should her majesty retire, Charles would take on the day-to-day running of the monarchy and become the Prince Regent. He undertook a massive 507 public engagements in 2018 and 521 the following year.

It’s also been reported that Prince Charles had a key role in the response to the Prince Andrew and Jeffery Epstein scandal. A source told the Sun it “gave Charles an opportunity to step in to show that he can run The Firm. No one is bigger than the institution of the Royal Family. Not even Andrew, the Queen’s favourite son.”

Another royal source told the Sun, “planning for Charles to become king has been going on for some time. A transition is plainly already underway. Her Majesty is in her nineties and can understandably only do so much.”

Retiring doesn’t mean that Elizabeth will abdicate the throne, she’ll still be the Queen. However, don’t be surprised if we start to see a whole lot more of Prince Charles in 2022 and beyond.

This article was originally published on November 28, 2019