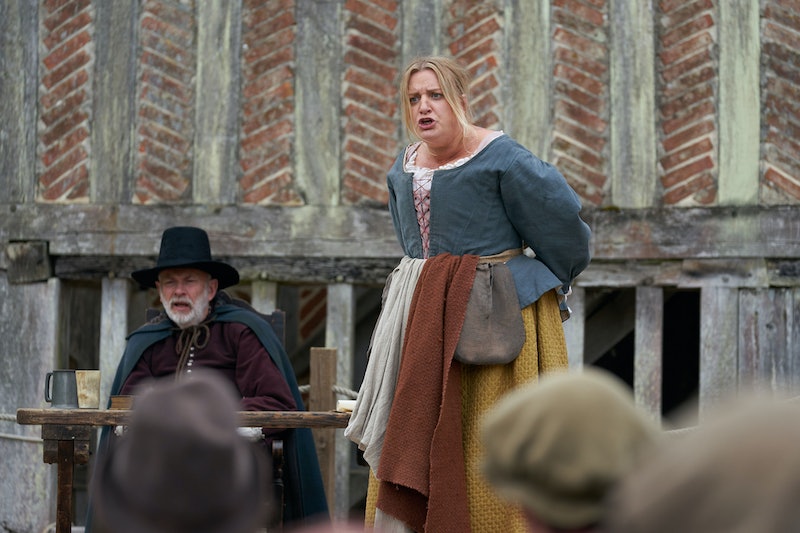 Swapping This Country’s Cotswolds for Medieval England, Daisy May Cooper stars in the BBC’s latest comedy offering, The Witchfinder, alongside Tim Key, Daniel Rigby, and Jessica Hynes. The Witchfinder follows a witch hunter on his quest across England in the 1640s, a time which was plagued with famine, poverty, and civil strife. Penned by the masterminds behind Alan Partridge, Neil and Rob Gibbons, the six-part BBC Two series has been described as “magic” and a “struggle to find 30 better minutes right now” by the iPaper. But will The Witchfinder return for a second series?

Transporting a suspected witch in the form of Cooper (This Country), Alan Partridge alumni Key portrays the role of witch hunter Gideon Bannister. The duo quickly find that they are ill-suited, with Cooper’s character, Thomasine Gooch, described by Cooper in RadioTimes as “sort of street smart but a bit thick”.

"Because she’s so different because she likes to drink, she sort of likes to arm wrestle and stuff in the tavern and do all the stuff that I kind of do myself, people think that she might be a witch cause she’s not behaving how I suppose women should be behaving,” Cooper added.

In an interview with the BBC, Cooper explained what attracted her to the project and role. “Bar the cash, it was probably working with the Gibbons because they’re brilliant, they do all the Partridge stuff, and working with Tim Key. He’s a very odd man but he’s very funny.”

Similarly, Key remarked that Gideon is “not a great witch finder”, revealing that the pair pretend to be newly-weds on their voyage in order to escape persecution by a heavily religious village in East Anglia. “For me, the best bit of all was my bread and butter, which was working with Daisy. She’s as good as anyone I’ve seen – she’s so funny and then she can just switch it and be in floods of tears.”

The Witchfinder premieres on Mar. 8 at 10 p.m on BBC Two, then airing weekly. All six episodes will also be available on BBC iPlayer after the first episode airs on TV.